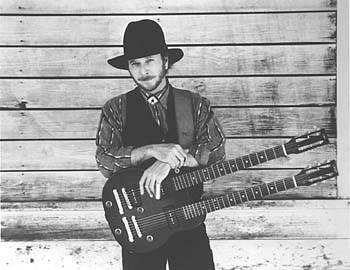 All stars: Roy Rogers joins a host of musicians for a concert to benefit local kids.

IF YOU’RE A LOCAL RESIDENT, you probably know Sebastopol songwriter and musician Buzzy Martin from his appearances at county fairs, his numerous stints as an open-mike host, and his emotive 1993 song “Please Come Home,” which helped raise awareness about Polly Klaas and other missing children.

If you’re part of the group known as “at-risk” youth, the catch-term for kids who come from a variety of difficult situations, from neglect and drug addiction to gang membership and homelessness, you probably know Buzzy Martin as the music guy who comes by your “nontraditional” school or juvie hall each week.

He’s the one who shows you the sweet release of beating the hell out of a drum. Or first introduces you to the seductive, heart-pounding sound of applause. Or teaches you about cultural icons like Jimi Hendrix or Ritchie Valens.

“Music is a creative form of self-expression and a self-esteem builder, and it definitely makes you feel good,” says Martin, 44, who co-founded the nonprofit Sonoma County Music Association, which provides the music programs for at-risk youth.

For seven years now, Martin has been teaching 14 classes, interacting with about 300 kids around the county each week. And he continues to do so, even though funds for the program officially dried up last November.

Scrambling to find a way to continue the classes, Martin sought help from colleagues. One teacher suggested that Martin call some of his “rock-star buddies” to see if they’d be interested in putting on a show to raise money.

What followed was a chain of phone calls, industry referrals, and pledges to perform. The end result is the upcoming Music for Kids at Risk Celebrity Concert in the Luther Burbank Center for the Arts. The fundraiser, produced by Martin in conjunction with the Sonoma County Music Association and the Sonoma County Independent, will showcase an impressive lineup of talent.

One of the biggest draws is likely to be bassist Benny Rietveld of the super-caliente Santana. In addition, Martin promises the appearance of several well-known surprise guests.

The event also will include a silent auction and raffle. One of the highlights of the auction is a custom Hohner guitar with gold-plated hardware, autographed by such rock legends as Graham Nash and Tom Waits, says Martin.

The money raised will start scholarships, continue the music programs, and buy keyboards for the youth music programs. Martin estimates that if the concert is a sell-out, funds raised will keep the programs afloat for at least another two years.

“There’s no doubt about music’s benefits,” adds Martin. “Becoming involved in music positively changed the destinies of many famous musicians, such as Pete Townshend and John Lennon. It got a lot of guys off the street.”

It’s something he believes the community should think about when it comes to troubled youth. “These are our kids that were dropped through the cracks,” he says. “They’re our next generation and we have to take care of them.”