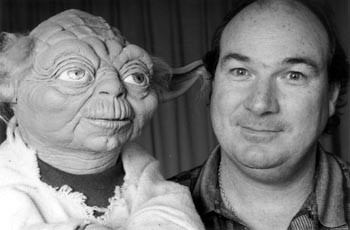 HOLDING A PIECE OF wreckage from the Titanic is a rare and indescribable thrill. Your imagination is stoked to a feverish pitch by this solemn connection to one of modern history’s greatest tragedies.

But finding out that the busted chair leg is worth a couple million dollars–now that’s really exciting.

When Tony Probst tells me that some guy bought a piece of Titanic wood about the size of a wallet and began selling splinters of it, along with a photo of the ship and an authentication certificate, for $400 each–and made a fortune doing it–I quickly start calculating. There’s gotta be a couple of million dollars worth of Titanic splinters in my hands right now.

But Probst, 40, who is owner of the Santa Rosa high-end electronics store Sonoma Sound Masters, has no intention of butchering his rare artifact for financial gain. Instead, it rests comfortably beside loads of other movie memorabilia and historical artifacts in his retail store-cum-museum, where any browser can take a free tour through 20th-century American pop culture.

Probst discovered how much memorabilia can enhance a business establishment while supping at San Francisco’s Hard Rock Cafe–a rather mediocre dining experience, he notes, were it not for the entertaining items on the wall. Since he had provided electronics equipment to several movie types, including the folks at George Lucas’ Marin outpost, he put the word out through his contacts that he was looking for movie stuff. Any stuff. That was three years ago, and in this short amount of time, this shopkeeper with the right connections has been able to amass a formidable collection.

So what’s he got? How about a piece of the Death Star from Return of the Jedi? How about film cells from classic Disney films such as Dumbo? Then there’s the pistol Harrison Ford used in Blade Runner, drawings penned by Walt Disney himself, and the bench in the film Titanic that DiCaprio and Winslet sit on after he’s persuaded her not to jump (Probst has been offered $28,000 for this one).

Plus there’s the Holy Grail from Indiana Jones and the Last Crusade, and from the same film, Dr. Henry Jones’ (Sean Connery) grail diary. It’s one of those magical tomes bibliophiles dream of discovering, consecrated with the dual powers of religion and cinema, humankind’s two most seductive inventions.

Probst has put very little cash into his collection. His connections find pieces for him cheap and sometimes even free. He was offered (and recently bought) Han Solo frozen in carbonite, a gigantic prop from The Empire Strikes Back, for only $1,500. From the recently released film The Mummy, Probst can get the charred map the treasure hunters used (too expensive at $3,000, he says). Then there’s Shirley Temple’s first contract, signed when she was 5 years old (wonder if she read the fine print). In fact, some of Probst’s sources are so deep inside that his pieces are the memorabilia equivalent of contraband.

“If Lucasfilm knew I had this,” he says, pointing to one prized piece, “the person I got it from would definitely not have a job anymore.”

Proof of authenticity is of immense importance in these matters, and Probst has papers on about 80 percent of the items in his collection. The other 20 percent he takes on faith from his trusted sources. When it comes to putting items up for auction, documentation is everything. Take the million-dollar Titanic driftwood: If you stole it, could you prove it was more than mere flotsam?

Of course, since the shop used to be a bank, the security system is strong enough for Probst to sleep soundly at night, and his collection is also insured.

PROBST, who has sold very few items despite offers at a 10-fold profit margin, displays his collection in his shop for the simple pleasure of sharing it with the public. He gets a great deal of satisfaction from the wide-eyed stares his collection provokes among his customers. He even allows girls to be photographed in the blue Coeur-de-Mer necklace from Titanic.

“It is very stupid to collect something and just hold it for your own gratification,” he says. “I get more enjoyment out of other people looking at it.”

Among the most valuable items in this collection is the original script and storyboards for the 1946 Disney film Song of the South (remember Tar-Baby, Brer Rabbit, and “Zippa-dee-do-da”?). According to Probst, this could go at auction for as much as $100,000. Even pricier still is a color test signed by Carl Barks–the animator who invented such characters as Tweety and Donald Duck–which might fetch $400,000.

As a sailor, Probst is particularly interested in the Titanic story. He has made friends with the operator of the Titanic Museum in Canada, who has brought him several additions to his collection, including such curiosities as overstock fabric and tiles from the White Star Lines company that never made it onto the ship, and one of the only two remaining copies of the last photograph ever taken of the ship, direct from the original negative.

“Looking at that photograph, which was one of the first items I got, you just felt some sort of vibes coming off of it,” Probst says, his eyes widening. “It’s a dark, ominous picture, and just about everybody you look at on the deck you know is going to be dead in three days.”

That connection to history provides Probst with the biggest thrill he gets from collecting. It’s as if the barriers of space and time that separate him from remote events and people have broken down.

Of course, he also has more tangible motives. Memorabilia are a very prudent investment: barring any major economic depression, the stuff will only go up in value.

Still, despite the presence of many props from such recent mega-movies as The Sphere and The Mummy, Probst’s movie collection offers more than just high-priced trinkets from Hollywood. There are many items–such as Billy Mummy’s laser gun from Lost in Space, a photo of Cassius Clay (later Mohammed Ali) with the Beatles, and John Lennon’s tour jacket from the year he was assassinated–that have more to offer than their surface significance.

Together, they form a chronicle of 20th-century Americana, a part of who we are–it’s as if Probst had the pillow that Washington died on. A stroll through his collection is a stroll down memory lane of Main Street America, complete with dollar values.

So it seems strangely ironic when Probst says that the one piece he most covets is the title prop used in the 1960 film The Time Machine.