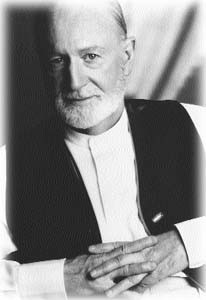 Mose Allison slips into the Mystic

YOU KNOW I used to joke in interviews, whenever a reporter would ask me how long I’m going to keep playing music, that I’m going to get myself a Gray Panthers punk-rock band and retire in Arizona. So I wrote that into a song lyric once,” says 69-year-old jazz great Mose Allison, in a rich Southern drawl, during a phone call from his Long Island home. “Then I found out that there already is a Gray Panthers punk-rock band in Arizona. It’s called One Foot in the Grave.

And “the weird stuff” has come steadily over the years. Allison, an unflappable Mississippi native, is known for a laconic wit that some critics confuse with cynicism. “It’s erroneous,” he says of that perception. “They don’t get it. My songs usually have a joke in them. To me, it’s a form of humor. A lot of them are ironic–the ironic couplet, that’s my staple weapon.

“But cynical is the last thing that I am.”

You need only listen to his critically acclaimed 1994 album The Earth Wants You (Blue Note), his latest–featuring some of the hottest Young Turks on the jazz scene, including guitarist John Scofield and sax player Joe Lovano–to grasp his point. For example, “Who’s In” is a sly poke in the eye at enquiring minds, trash TV, and tabloids. “Let’s get excited about the party to which we’re uninvited,” Mose invokes.

That kind of lyrical twist has earned Allison a loyal cadre of fans, including some of the music industry’s biggest names. In 1970, the Who included his anthemic “Young Boy Blues” on their classic Live at Leeds (MCA)–one of just a few cover tunes the iconoclastic British rockers ever recorded. Indeed, the list of those who have tapped the Mose Allison songbook is impressive: Bonnie Raitt (“Everybody’s Cryin’ Mercy”); John Mayall (“Parchman Farm”); Van Morrison (“If You Only Knew”); the Clash (“Look Here”); and the Yardbirds (“I’m Not Talking”), among others. In 1994, a pair of retrospectives hit the racks: Allison Wonderland–The Mose Allison Anthology (Rhino) and High Jinks! The Mose Allison Trilogy (Columbia).

“My songwriting just sort of develops little by little,” Allison muses when asked about his gift. “I might write a song when I can’t sleep one night. Or I might finish another. It’s just a matter of accumulation and pulling them together.”

AS THE SON of a stride jazz pianist, Allison took up piano lessons at age 6. In the backwater town of Tippo, Miss., he was immersed in jazz and country blues. While he’s lived on Long Island for nearly 40 years, he has retained a Southern state of mind–a condition that is evident in his breezy musical style.

“Oh, some of the things that come with [being raised in the South] are the ironic comment, the exaggeration, the understatement,” he says. “That’s just part of the way people think and speak down there, particularly in the rural areas.

“So I catch myself thinking in the idiom of my ancestors.”

In 1956, he moved to New York City and began playing piano with some of the “cool” jazzmen, including sax players Al Cohn, Zoot Sims, Stan Getz, and Gerry Mulligan. “We used to call them ‘Lesterians,’ ” he says of those reedmen. “That was the swing thing and that was my primary motivation. I never wanted to know if a guy was a good technician or could play a lot of notes–I wanted to know if he could swing.”

The following year, Allison began singing and started his own combo. He quickly became known for his understated, laconic style that remains his signature.

He has done it in a manner that has earned him the title King of Cool. “I tell everybody that if I was in this for the money, I’d be in trouble,” says Allison, who still tours extensively and remains a legend in jazz circles. “I still get gratification out of a good performance. That’s one of my rules: a good performance is its own reward.”

From the February 6-12, 1997 issue of the Sonoma County Independent