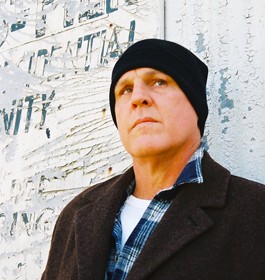 “Arthur Miller,” remarks actor Eric Burke, “will always last as long as you have actors up to the task of playing the characters he’s created.”Burke, for the record, is more than up to the task, having won accolades for his performances in last year’s production of Miller’s Death of a Salesman at the Sixth Street Playhouse. He is already generating advance buzz for his work in Miller’s A View from the Bridge, which opens this weekend at the Ross Valley Playhouse in Marin.

As an actor, Burke has made a name for himself with raw, full-throttle performances in such über-gritty dramas as Glengarry Glen Ross and True West. In Bridge, Miller’s 1950 look at the lives of a close-knit Italian family, Burke plays Eddie Carbone, an honest, blue-collar dock worker who’s become a little too protective of his attractive teenage niece. True to Miller’s under-the-skin approach, Eddie’s self-delusions ultimately lead to tragedy. According to Burke, Eddie Carbone has been one of the biggest challenges of his career.”By saying it’s a challenge, I’m saying that as a very good thing,” he says. “One of my rules when playing a character is to never judge them; I can’t and still be able to see the soul of the character. Eddie, to me, is a very passionate man who truly believes that what he’s doing is right.”Recognizing that some audiences view Miller as a “difficult” playwright who wrote depressing plays, Burke says he’s found the opposite to be true.