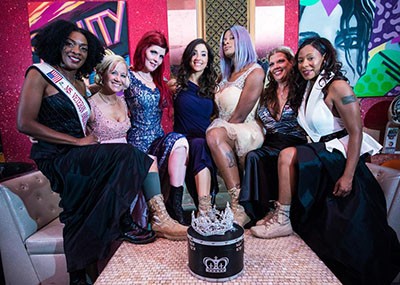 May 14: Empowering Pageantry in Sebastopol

Veterans returning from duty can have trouble adjusting back to civilian life, women as much as men. In Lysa Heslov’s documentary, ‘Served Like a Girl,’ several American women who were wounded in action after serving in Iraq and Afghanistan try to adapt to emotional, social and economic challenges in the United States. The film also highlights the Ms. Veteran America Competition, founded to help women veterans regain identities they lost in the war. “Served Like a Girl” screens as part of the Indie Lens Pop-Up series on Monday, May 14, at Rialto Cinemas, 6868 McKinley St., Sebastopol. 1pm and 7pm. Free. 707.525.4840.