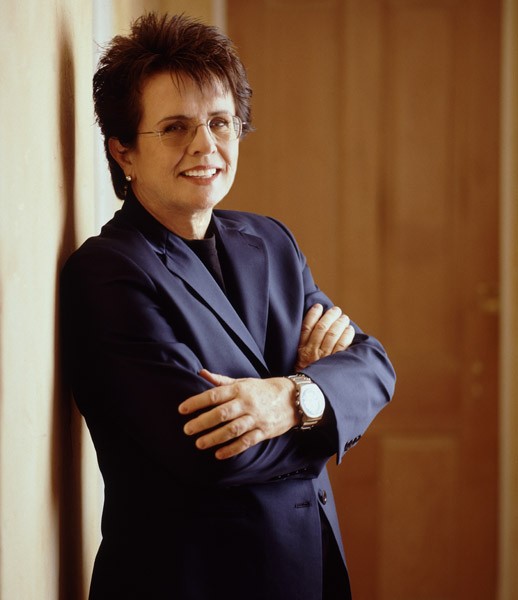 Not only did tennis legend Billie Jean King defeat Bobby Riggs in a 1973 “Battle of the Sexes” match, she also won 39 Grand Slam tennis titles and a record 20 titles at Wimbledon during her 1970s championship years. That’s what made her a hero to ’80s girls like me; we could always bring up King as a trump card when some stupid fourth grader tried to claim that boys were better than girls at sports.

King is a hero of feminists and women the world over, not only for her sports prowess but also for her advocacy work for women and the LGBT community. In 2009, she was awarded the Presidential Medal of Freedom for that important work.

Charles Schulz was also a great admirer of King. After the two became friends and occasional tennis partners, the Peanuts creator illustrated a multiday storyline about Title IX, the legislation that ensured equal access to federally funded sports programs and activities. The Schulz Museum’s latest exhibit, “Leveling the Playing Field,” commemorates the 40th anniversary of Title IX and celebrates the history of women in sports. Best of all, King herself will participate in a moderated conversation followed by an autograph signing on Sunday, Jan. 15, at the Schulz Museum. 2301 Hardies Lane, Santa Rosa. 1pm. Free. 707.579.2301.