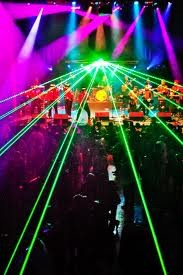 Remember the day Michael Jackson died? People in bars and cafes swapped personal stories about the legend’s songs, while drivers rolled down their windows and blasted “Thriller,” “Beat It” and “Billie Jean.” I must’ve received a dozen text messages with the same question: “Did you hear MJ died?” And it wasn’t simply news of a celebrity death; it was an outcry of what Jackson’s songs represented for the millions who loved them, and the loss of the man behind the music. While a chance to see the virtuoso perform is gone, tribute band Foreverland covers the pop icon’s greatest hits like no other. The 14-piece ensemble features four lead vocalists, four horns and a six-piece rhythm section. Ride the boogie on Friday, March 23, at George’s Nightclub. 842 Fourth St., San Rafael. 9:30pm. $15—$20. 415.226.0262.