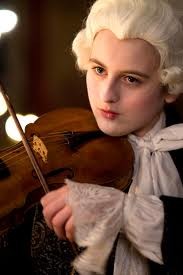 In 1776, Abigail Adams wrote to her husband, John, asking that he and his compatriots—toiling in Philadelphia over the Declaration of Independence—“Remember the Ladies, & be more generous & favourable to them than your ancestors.” Some 4,200 miles abroad in Salzburg, Austria, that same year, Maria Anna “Nannerl” Mozart’s prodigious musical gifts withered from the very gender inequities Abigail spoke against. When younger brother Wolfgang showed promise, Nannerl’s father hastily swapped his children’s places and forbid her from ever playing the violin or composing again. Since then, Nannerl’s story has all but vanished, but ‘Mozart’s Sister’ reimagines the early years of Nannerl’s life through the eyes of French director René Péret, with his daughter, Maria Péret, cast in the leading role. Enjoy a special screening of the film on Thursday, March 22, at the Napa Valley Museum. 55 Presidents Cir., Yountville. 7pm. $10. 707.944.0500.