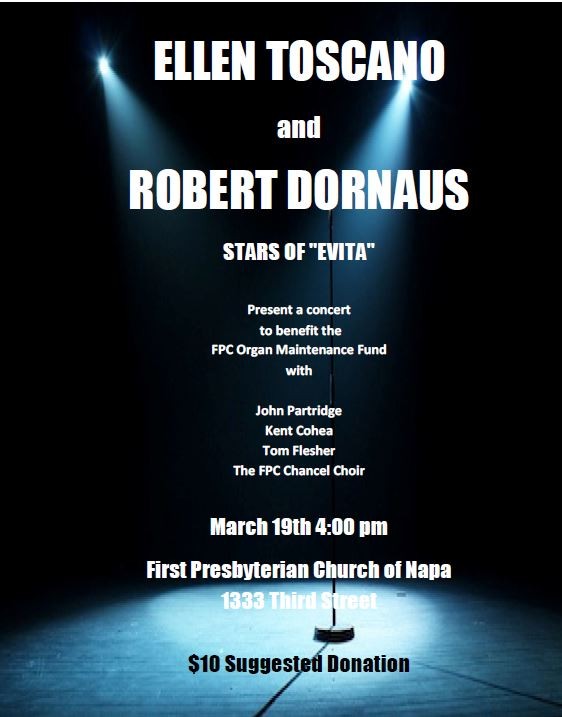 Last month, local theater company Sonoma Arts Live presented the Tony-winning musical Evita to great acclaim and a sold-out run of performances. For anyone who missed the show, the stars of that staging are appearing one more time in a special benefit concert to support the First Presbyterian Church in Napa. Evita stars Ellen Toscano, who has also spent a decade starring in the hit Beach Blanket Babylon, and Robert Dornaus, who also appeared in Sonoma Arts Live’s production of Cabaret, show off their range of talents when they take the stage this weekend alongside other performers on Sunday, March 19, at First Presbyterian Church, 1333 Third St., Napa. 4pm. $10. 707.224.8693.