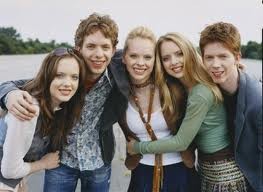 The brothers-and-sisters Mormon classical piano act the Five Browns has had a hell of a month. First, their father was charged with sexually abusing all three of his daughters over an eight-year span. Then he drove his Porsche off a cliff in Utah, hospitalizing himself and his wife. Last week, he pled guilty to sodomy and child abuse, and faces 10 to life. (Unfortunately, Mormon families are “sealed” together forever, meaning dear ol’ Dad will be around eternally.) In a show of strength, the children continue to tour, playing popular classical selections on Saturday, March 5, at the Marin Center. 10 Avenue of the Flags, San Rafael. 8pm. $20-$65. 415.499.6800.