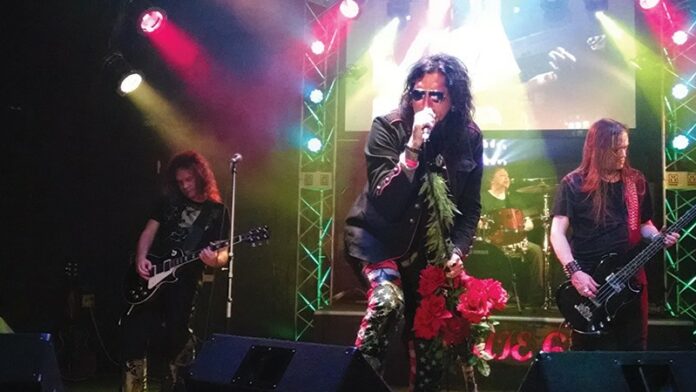 One of the godfathers of grunge is back, but it’s not your fault if the name doesn’t ring a bell.

Malfunkshun started in Seattle in 1980. They’re connected to many of the hugely successful acts that broke out to national stardom from the scene in the ’90s, like Nirvana, Soundgarden and Pearl Jam, but never really made it to the top. Now, 34 years later, with a retooled lineup, the band is back on the road with new tunes and old favorites.

In the interim, the band has had a wild ride. Of the two founding members, one, singer Andy Wood, found success singing with Mother Love Bone before dying of a drug overdose in 1990. Kevin Wood, the founding guitarist, restarted the group in 2006 after a documentary about Wood toured film festivals the previous year.

The voice of Malfunkshun these days is former Blacklist Union and L.A. Guns frontman Tony West, whose style lands somewhere between Axl Rose and Steven Tyler. The familiar grunge sound is tinged with a metal edge in their live shows these days, and earplugs are a good idea, no matter how uncool those bright orange plugs may look under blacklight.