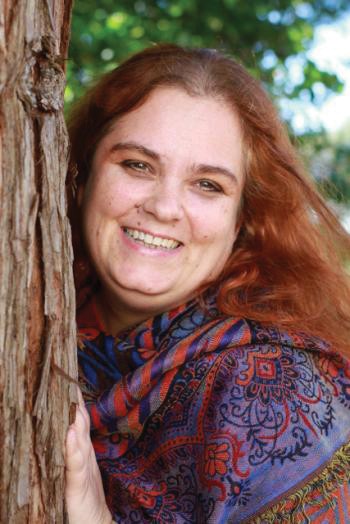 When it comes to losing weight, people do a lot of talking—about carbs, Gwyneth’s butt, treadmill desks, etc. Malene Comes, who has suffered with weight issues her entire life, doesn’t just talk the talk. She also plans to walk the walk—8,873 miles of it.

On July 20, Comes, who weighs 300 pounds, will begin walking south from Bodega Bay, continuing around the entire circumference of the country. When she returns 14 months and 26 states later, she hopes to weigh half that.

Walking against traffic on the smallest possible highways, Comes will push all of her gear in a sturdy jogging stroller, camping and couch-surfing her way south, east, north and west. To fund her trip, she is raising money for the nonprofit LiveFit Revolution, which, after paying her expenses, will devote all the remaining proceeds to empowering other obese people in their quest to lose weight.

“Obesity is a painful medical condition,” Comes says, “that is made so much worse by the discrimination we face every single day.” Her wake-up call came when her biological mother died at the age of 56, weighing 450 pounds. “I’m 41,” Comes tells me over the phone, “and in 15 years I don’t want to wind up like that.”

To donate, trace the route, or find out more about Comes’ trip, see www.traveltheunitedstates.wordpress.com.