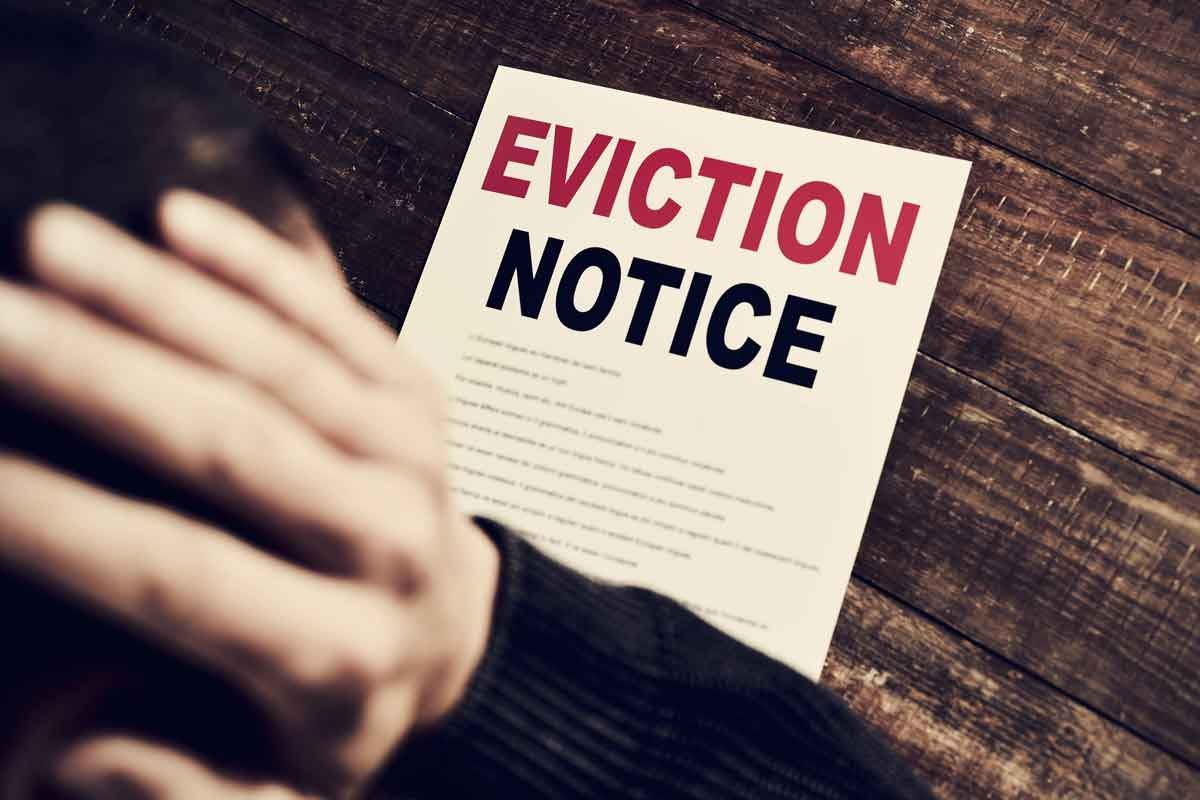 As activists across the state continue to call for a temporary moratorium on evictions caused by lost wages due to the coronavirus pandemic, elected officials in Sonoma County are beginning to tackle the problem.

In the North Bay, an as-yet-unknown number of workers have lost wages or their jobs. But the question of whether rent payments will be paused temporarily has been the subject of a game of political hot potato between local governments and the state over the past week.

In two separate statements at public events earlier this week, Susan Gorin, the chair of the Sonoma County Board of Supervisors, indicated she was waiting for the state to take action on the issue.

“We’re looking for guidance from the state level on many of these issues,” Gorin said at a Tuesday virtual town hall on KRCB, when asked whether the county would follow other local governments in passing a temporary ban on evictions.

But, in an Executive Order signed on Monday, Gov. Gavin Newsom essentially handed the issue back to local governments to deal with.

Newsom’s Executive Order “authorizes” cities to pass their own eviction bans and removes some potential legal barriers to them doing so. Importantly, Newsom’s order does not, in itself, give renters any additional protections.

That leaves local governments to write their own regulations.

On Wednesday, Santa Rosa Mayor Tom Schwedhelm and Petaluma Mayor Teresa Barrett, the mayors of the county’s two largest cities, both told the Bohemian that they are considering the issue. Gorin did not immediately return a request for comment on Thursday.

“We are working toward an eviction protection action—most likely an ordinance—with others,” Barrett said, of Petaluma’s efforts. “I believe support for this kind of support is wide and deep throughout our community, this county and our entire state. I hope that is so nationwide.”

Meanwhile, in a Tuesday, March 17 letter to local elected officials throughout Sonoma, Napa, Mendocino and Lake counties, Carol Lexa, the president of the North Bay Association of Realtors, highlighted the concerns of landlords.

“Please find ways to help owners avoid foreclosure and renters to pay rent,” the letter to elected officials states, in part. “As calls for eviction bans proliferate, we implore you to consider the chain reaction results when rent goes unpaid.”

“We call upon local governments to only impose bans on evictions if accompanied by assistance for mortgage/foreclosure relief. It also should be clear that moratoriums are only temporary delays on payments,” the letter continues.

NBAR’s letter does not directly state that the group’s members will not attempt to evict tenants, but does say that “no one should have to worry about keeping a roof over their head during this time.”

After reading the letter, Ronit Rubinoff, executive director of Legal Aid of Sonoma County, a nonprofit which offers legal assistance to Sonoma County residents, pushed back on NBAR’s comparison of the challenges faced by landlords and their tenants.

“We certainly fully support measures to provide mortgage and foreclosure assistance, along with any measures to provide rental assistance,” Rubinoff said. “However, the playing field is not equal between tenants and apartment owners. Low-wage workers who suddenly lose their jobs are much more vulnerable than corporations that own multiple properties, for example.”

Rubinoff suggested that possible eviction moratoriums could differentiate between landlords who own one or two properties and companies that own a large number of rental properties.

“Most tenants do not rent from ‘mom and pops,’” Rubinoff said.

NBAR did not immediately respond to a request for comment on Thursday.

While elected officials work on policy solutions, Sonoma County renters may find a small amount of comfort in the fact that the standard legal process for evictions is, in effect, temporarily on hold.

On Monday, March 16, the Sonoma County Superior Court announced its decision to halt most trials and proceedings for the next 60 days.

According to a statement announcing the closure, the court will continue to process a few types of legal filings, but not the core filings in eviction proceedings.

As a result, eviction proceedings—and many other cases—are “in stasis” for the time being, Rubinoff says.

In normal times, if an eviction case is decided in the favor of a landlord, the court ultimately dispatches the Sonoma County Sheriff’s Office to enforce the order. Currently, that won’t happen either.

On Tuesday evening, a representative of the Sonoma County Sheriff’s Office told the Press Democrat that the agency will not enforce evictions for at least the next three weeks, while the county’s shelter-in-place order is in effect.

Still, that doesn’t solve all of the problems for Sonoma County tenants with lost wages and mounting bills. Without local guidance, the court could develop a massive backlog of eviction cases that will go into effect once the court opens again, Rubinoff says.

Additionally, if local governments do pass eviction protections which delay payment until the end of the crisis, tenants could be left paying multiple months of rent once life returns to normal. Without meaningful direct aid payments from the state or federal governments, that could leave thousands of tenants in a significant amount of debt, potentially unable to pay their rent and in threat of eviction once again.

It’s just one of the many problems that local lawmakers are scrambling to deal with in the early days of the coronavirus pandemic.

“Without financial aid from the feds and the state, I don’t know how the cities and county will survive,” Barrett, Petaluma’s mayor, said in an email Wednesday. “It makes me grateful that [former California Governor] Jerry Brown insisted on saving those surpluses for a rainy day. It looks like it’s going to pour.”