Reggae dancehall legend Barrington Levy blazed through Petaluma on Thursday night in classic dub train style. Barrington’s voice is sounding cleaner than ever and his form is looking fantastic as he approaches 50 years old. The show was part of the Road to California Roots Festival tour, a push towards spreading the word about the massive three-day event next May. There will be many more – look for J Boog and Los Rakas in January. 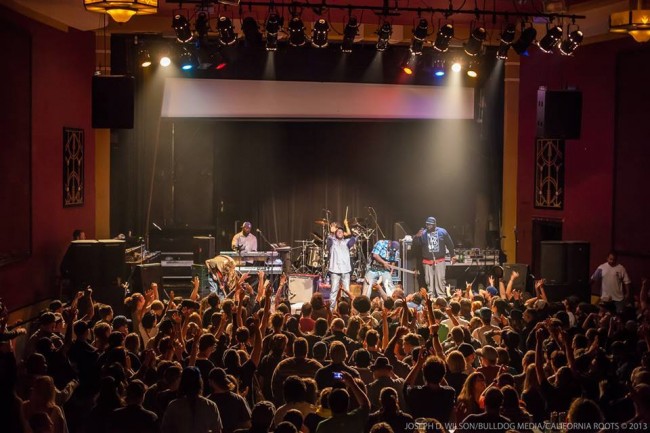 The house was packed at the Mystic Theater; a heady crowd leaning on the farther side of thirty and forty. Barrington paid court to his long time fans with studio-style versions of “My Time” and “Too Experienced”, letting them flow off the mic like he has played them for decades (he has). His encore of “Black Rose” hushed the crowd until everyone started singing along. But the real depth of his performance was in the heavy duty b-side takes on lesser known tracks like “A Ya We Deh” and “Bounty Hunter”.
Holding the decks was WBLK selector Jacques Powell-Wilson, founder of Monday Night Edutainment at Hopmonk Tavern in Sebastopol. The sound system is rounding out 12 years as the North Bay’s longest running reggae genre night. Jacques brought down some of his massive collection of vinyl rarities including the Meditations’ “Stranger In Love” and Dennis Brown’s “Come Home With Me”. If you can dig it, WBLK is hosting their first in a series of all-vinyl appreciation nights starting December 9th with Ras Gilbert of Shashamani Sound. 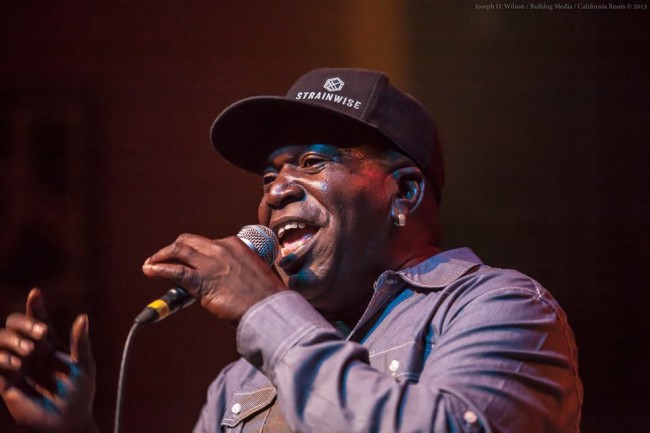 Opening for Barrington was former Sonoma County, now Santa Cruz transplant, band Thrive. The group recently joined forces with California Roots Festival organizers and have been touring the country spreading sunny, post-Sublime positive reggae, which they have now infused with RnB pop. I see them shying away from their reggae-rock roots in the coming months, but we’ll see where they take their sound come festival season.
I gotta say this: The Mystic Theater hasn’t seen this much smoke in years. Ever since management started really cracking down on puffing inside the venue, Petaluma’s reggae scene hasn’t been the same. Undercover goons jam their way through the crowds, flashlights scanning for joints, grabbing hold of skinny hippies and short frat dudes with their menacing stares that promise, “try that again, so I can haul your ass out in front of everyone”. But it’s no fun when the homies can’t have none… Thankfully, Thursday was a chill alternative to the type of muscle attitude we’ve gotten used to at Sonoma County shows. Probably because the show was too expensive for the college kids to raid. Although many of them could have benefited from knowing the roots of where their beloved Cali Roots Rock comes from.
On another note: Rather than releasing full albums of new material, Barrington seems to be focusing on recent collaborations with newer generations of established artists, namely JadaKiss and Vybz Kartel, Kardinal and Busta Rhymes. Check this made-for-MTV Jams 2010 release “No War” featuring Kardinal. The original features Busta Rhymes and quotes President Obama’s inaugural speech.

Backstage I requested whatever torn up copy of the set list someone may have taken off stage with them. Alas, no one uses paper and Sharpe anymore; everything is digital. Lucky, the bass player didn’t mind passing over his phone while he made a drink.
SET LIST
Live and Direct
Love Sista Carol
Prison Oval Rock
Under Mi Sensi
My Time
Too experienced
Mind Yuh Mouth
Tomorrow Is Another Day
Bounty Hunter
Step Up In Life
Many Changes In Life
Struggler
Poor Man Style
Ayah Wideh
Murderer
Nothing’s Changed
Living Dangerously
(Biggy riddim)
Shimmer
Black Rose