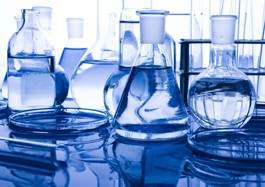 A fter decades of unfounded paranoia, we still ask: What's in the water?

Drink up: In the North Bay, only Marin County’s water is fluoridated.

Fluoridation is the most monstrously conceived and dangerous communist plot we have ever had to face.

Gen. Ripper may have been wholly convinced of the communist’s plan to “sap and impurify” the “precious bodily fluids” of the American people with fluoridated water, but the truth about “the fluoride risk” still seems a little foggy all these years later.

While normally associated with the communism scare of the 1950s, all the fuss about public-water fluoridation is making a quiet and sneaky comeback in the public sphere. A staggering number of articles linking fluoride dispensation in public drinking water to a bevy of complications–scientific censorship, cancer, chemical overexposure and dental damage–appear in major publications like The Wall Street Journal and The Washington Post every few years. Are all of these scientists, doctors and researchers on to something, or is this a case of complete quackery?

“Our water is pumped from the Russian River, so it’s very clean and needs very little treatment,” he says. “People call up all the time asking if it’s safe to drink the tap water. What people need to realize is that we’re fairly lucky to have such a pure water source. The tap water [here] is cleaner than bottled water.”

Currently, Marin County is the only region in the North Bay fluoridating its water. In fact, in Napa Valley’s 2007 Drinking Water Quality Report, fluoride wasn’t even included on the list of contaminants. Rather, it was aluminum that was the primary inorganic contaminant found, at a minimal .005 ppm (milligrams per liter). The maximum contaminant level goal for aluminum is 0.6, below which there is no known or expected risk to health. Other compounds include a catch-all of everyday minerals–chloride, sulfate, boron, vanadium, sodium and chlorine–that reside far below the level considered dangerous.

Plus, it seems those commies aren’t the ones who are dumping the substances in the pipes after all. Most, if not all, of the contaminants are listed as a result of runoff, erosion, seawater or a naturally occurring presence in ground and surface water. If anything, most water poisoning, like lead poisoning, comes from a house’s pipes, not the water that flows through them.

Do I look all rancid and clotted? You look at me, Jack. Eh? Look, eh? And I drink a lot of water, you know. I’m what you might call a water man, Jack–that’s what I am. And I can swear to you, my boy, swear to you, that there’s nothing wrong with my bodily fluids. Not a thing, Jackie.

Jason Mitchell, a chemist at the Marin water treatment plant, sees the hype over fluoridation as little more than that–hype. After being presented through a voter referendum twice and passed both times, fluoridation of Marin’s waters has become routine.

“It’s a really hot topic right now, but I think people are wasting their time worrying about it,” Mitchell says. “Realistically, there just isn’t enough fluoride in the water to be a hazard.”

Not only is the amount almost unnoticeable, Mitchell says there is more danger in everyday human functions, like breathing, than in drinking tap water.

Moderation is key, Mitchell continues, and adds that, either way, too much water can kill you and not enough chemicals in municipal water to keep it clean can kill you. The water flowing through Marin currently only carries less than one-tenth of the level of fluoride deemed dangerous.

So what exactly comes flowing out of the faucet besides fluoride? In the case of the North Bay’s water supply, zinc phosphate is added for erosion control of the pipes, acids and bases go in to balance out the pH of the water, and in some cases, chlorine is added to keep the water pure and clean as it rushes through the city’s pipes.

“[Fluoridation] seems like an odd thing to do as a water agency, I’ll admit,” Mitchell says. “We have a list of chemicals we use, and the primary reason is to remove and keep contaminants out of the water supply. Fluoride doesn’t do that at all. It’s the only one that is for public health reasons.”

A health reason like stronger, cavity-free teeth doesn’t seem to be a good enough reason for taxpayers to add even the smallest amount of fluoride in cities around Sonoma County quite yet.

“Our board of directors has directed us to work with the county department of health to talk about potential fluoridation,” Sherwood says. “One of the factors involved with our water system is the fact that we serve several cities and not all cities want fluoridation, so we would need to get approval from all of them.”

But if Gen. Ripper’s theory proves true for the North Bay, water might not be the only threat lurking.

We’ll take our chances on that one.