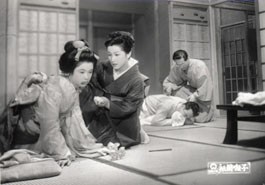 Two new DVD releases examine different sides of the world, of the mind

In ‘Billy the Kid’ (Zeitgeist; $29.99), Jennifer Venditti’s intimate cinéma vérité study of Billy, the story of an isolated 15-year-old from rural Brunswick, Maine, is told in his own words and is a study in contradictions. Billy is drawn to violent games and is subject to serious anger, but he also longs for love and is gentle at heart. Romantic fantasies almost overcome him. Venditti sets up the conflict between Billy’s immersion in blood-and-thundering pop culture (KISS does the soundtrack) and his intense sensitivity. She doesn’t blame the adults for Billy’s isolation, either; his high school isn’t an urban charnel house.

Additions to this noteworthy documentary are a commentary track and some brief on-camera interviews with Venditti, who describes how she was forced during one cut of the film to add a title card explaining that Billy has Asperger’s syndrome, a gesture she didn’t want to make because she hated labeling him. Zeitgeist offers the film at a reduced rate to educators. While this is certainly a unique film about the plight of adolescence, it especially has a great deal to offer a schoolroom, and I’d be fascinated to hear what high school students think of it. —R.v.B.

Kenji Mizoguchi’s four-disc set ‘Fallen Women’ (Criterion Eclipse Series; $59.95) collects some lesser-known features by the great Japanese director of Sansho the Bailiff, Ugetsu and The Life of Oharu. Instead of lush period pieces, however, these four black-and-white films—Osaka Elegy and Sisters of the Gion (both 1936), Women of the Night (1948) and Street of Shame (1956)—have contemporary settings.

The films all deal with prostitution, both the refined geisha kind and raw streetwalking. While understanding the traditional place prostitution plays in Japanese society, Mizoguchi also exposes the exploitation that dogs sex workers. The director treats his female characters with great respect for their resourceful responses to difficult circumstances. They certainly come off looking much better than the clueless, pitiful and imperious men around them.

In Osaka Elegy, a woman starts an affair with her boss to help cover her family’s debts, a decision that costs her a chance at a respectable marriage. The soft, smoky visuals include an extended tracking shot showing the heroine restlessly pacing behind the gauze curtains of her apartment while waiting for her boyfriend to climb the stairs—it is worthy of Max Ophuls at his most fluid.

Two sisters, one a traditionalist, the other more modern minded, must sell themselves to survive in Sisters of Gion. Made in the immediate post-war era, Women of the Night looks and feels like a Japanese version of Italian neorealism. Faced with shortages and the loss of their husbands, several women are driven to a desperate kind of prostitution in a blasted landscape full of rubble and grime. A social worker tries to salvage some of these lost women, but the prospects are bleak.

A certain stability has returned by the mid-’50s of Street of Shame. A prosperous brothel caters to well-off businessmen; the women range from a hard-headed business type to a flashy new girl. The brothel owner lobbies against a measure to outlaw prostitution, asking his workers, “What’s wrong with selling what you own?” Meanwhile, the women all ring up debts that will keep them trapped at the house. Marriage offers a possible out, but as one woman cynically comments, “Marriage is selling yourself at a monthly rate instead of a daily one.” No extras. —M.S.G.

Up in the Air