'Wow! A gun club in this day and age' 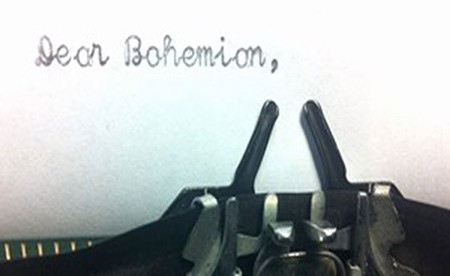 Thank you for stepping up (“Power Politics,” April 25)!

The Press Democrat has an interesting set of blinders.

Wow! A gun club in this day and age.

Every minute, logging companies and farmers cut down or burn about 30 football fields’ worth of forest in developing nations. That’s not just an environmental tragedy. By forcing animals from their habitats and bringing them into closer contact with humans, deforestation accelerates the spread of dangerous animal-borne diseases like ebola, Zika, Lyme and the plague. In other words, deforestation doesn’t just kill trees and animals—it kills people.

The problem is huge. Every year,
18.7 million acres of forest, an area roughly the size of South Carolina, vanish. From August 2015 to July 2016, the rate of deforestation in the Amazon surged 29 percent compared to the previous 12 months. If deforestation continues at its current pace, every rain forest on the planet will disappear within 100 years.

This assault on animals’ environment has unleashed many of the most dangerous diseases of the 20th century. Consider the case of Madagascar. I traveled there in November to aid with the international response to their first ever urban outbreak of pneumonic plague—a disease similar to the Black Death, but deadlier. More than 2,000 cases were reported; 200 people died.

Deforestation fueled this disaster. During the rainy season, locals burn forests to create more room for crops. The fires drive plague-carrying rats into nearby communities. The island nation, plague-free a century ago, now reports more cases of the disease annually than any other country.

Fortunately, there are several ways to stop deforestation. Richer nations could pay developing countries to stop cutting down trees. Take the case of Liberia. In 2008, the country sold half its forest to timber companies. Six years later, the government of Norway agreed to pay Liberia $150 million to end legal logging operations and develop programs to protect forests.

Madagascar’s pneumonic plague, Liberia’s ebola, Brazil’s Zika, and the United States’ expanding Lyme problem must be a wakeup call about the need to protect forests.

Last week’s “Power Politics” incorrectly stated that PG&E employee Katie Kerns Davis’ husband is a former Sonoma County Supervisor; Mike Kerns is her father. Also, the story stated that 5th District Sonoma County Supervisor Lynda Hopkins was backed by Darius Anderson in her race against Noreen Evans in 2016. Hopkins was backed by the Press Democrat, which is co-owned by Anderson.