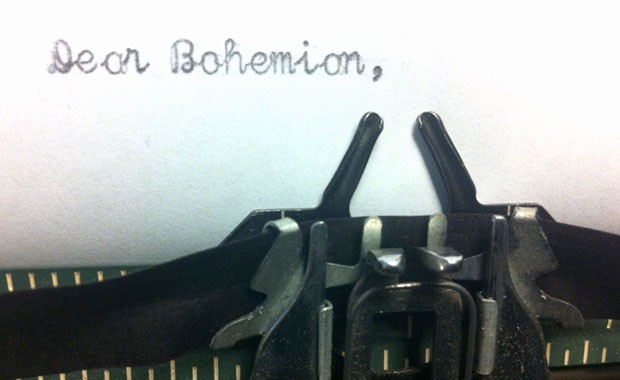 X still rules; keeping eyes out for water wasters; injustice in Gaza; a thanks for honoring pets

Thank you for your article on the band X (“Mark the Spot,” July 23), which, as far as I am concerned, was the last great band (that is until the White Stripes). My first wife and I must have seen them at least 50 times, maybe more. They signed my wife’s boogie board on our way back from the beach at a record signing. (I think it was at the old Tower Records in Westwood.) Best show I saw had Dave Alvin, who replaced Billy Zoom, and Tony Gilkyson, both on guitar, giving the band a much fuller sound. They tore it up. Man, those were the days.

P.S. If John Doe and Exene had had a kid, it would have been Jack White.

More oversight is needed on winery water use (“Of Water and Wine,” July 23)! Around Healdsburg, we’re seeing overhead sprinklers in vineyards running 24/7, for days at a time. Not all growers are conserving! Check out this trailer for Russian River, All Rivers. It will delve into the facts of the wine industry’s water use in the North Bay area.

I don’t know where Daisy is seeing sprinklers on in vineyards 24/7. It does not happen! If she is really seeing this she should notify someone. I think that you better take a look around and see which of your neighbors are irrigating their yards and watering lawns that are only for looks. The farmers are continuously using the newest technology to monitor their water use and to conserve. Keep in mind that this is an agricultural community. Yes, wine grapes are the main crop, and the wine industry is directly related to a minimum of 55,000 employees in Sonoma County. I think that you should also note that the Russian River is a managed water system. If there were no reservoirs, the river would be dry right now and the people who would be most affected are the ones who get their water from the municipalities that use the most water to irrigate landscape.

Not a Fair Fight

My daughter is 22 months old. I want her to grow up in a world where we won’t see the type of atrocities going on right now in Gaza. The civilians in Gaza have no protection from the Israeli military bombing. Where can these men, women and children go when there is no safe place? U.N. shelters in schools as well as hospitals are being hit. It’s not a fair fight when a powerful military is bombing people living under occupation, surrounded by a wall with checkpoints preventing any exit. The term disproportionate seems insufficient. It’s time for the world to intervene, we need more than a day-long truce, because all lives matter, regardless of borders, walls or sides. We are all responsible.

I grew up with a Palestinian stepfather, and am fortunate enough to have discovered the culture and to know how warm, well-educated and beautiful the Palestinian people are. I’ve also been aware of the decades of injustice they have been dealt living under occupation. I am not anti-Israeli, only against the Israeli policies which impoverish and deny basic human rights. The Irish were considered terrorists for fighting against British rule, so were the Basque for fighting for their identity and rights. Nelson Mandela spent years in prison for his fight against apartheid. We now celebrate these struggles, these cultures for their contribution to the world. Why can’t we open our eyes and hearts and do the same for the Palestinians?

I was touched by the missive Jack Irving wrote (Open Mic, July 23) about his sweet friend Kern-Dog. Thank you both immensely. I am one of your more conservative fans here in Healdsburg, not normally given to touchy-feely sentiments, but I never, ever miss the Bohemian. Lord did this homage strike an emotional chord, though!

I’ve never had a family but I’ve always had dogs, shepherds initially and Aussies for the last 20 years (brother-sister pairs). I recall well Cyrus, a blue merle Aussie, who was the world’s most perfect creature. Cyrus waited to die until the night I returned home from a two-week trip, after his four-month bout with cancer. His sister, Hana, died from a broken heart four months later in a darkened basement. Both were barely 10.

Running on the ranch now is Ali. Rio died three years ago after being struck by a car four days before Christmas outside the fire station where I volunteered for 20 years.

Oh, how Kern-Dog’s loss must have hurt! I salute you Mr. Irving for writing about your pal. They strike a crazy emotional chord for those of us who are used to death and dying, but we will take our animals’ memories, pleasantly, to the grave. Thank you for honoring our pals.