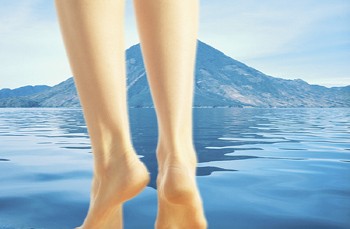 When a year in college is all the world

Seventeen-year-old Tallie Windquist walked alone each day through a village in northern India. Calling it a trip through time, she watched as indigenous women carried clay pots on their heads, while others milked cows or looked after naked children as they played, scurrying through the subcontinent’s ancient dust. Unlike most other American girls her age, Tallie was not on her way to study English in a local classroom–she was there to teach it. For her, traveling to the East was the opportunity of a lifetime and a personal leap into a bold new future.

Based in Calistoga, the Lifelong Education Alternatives and Programs (LEAP) curriculum gives students like Windquist the rare opportunity to learn about the world and themselves by doing service abroad. Instead of going right from high school to college, students have the chance to live and do service for a year at some 350 locations worldwide.

Winquist, now 18, worked first in Central America before embarking on a three- month internship in India. Participants in LEAP first study in Central America, India, Bali or Thailand before setting off for virtually anywhere across the globe. Past students have helped impoverished children in Guatemala, studied fashion in Florence, rescued cheetahs in South Africa, aided midwives in Indonesia and more.

“I didn’t expect it to be the way it was,” Winquist says of her stay in India. “It was like traveling to the Middle Ages. Being abroad really transformed everything I wanted to do with my life.”

Influenced by her travels and the life lessons learned there, she now says that she’ll let nothing stand in her way of becoming a photojournalist.

Saying that she used to take everything for granted before her LEAP year, Windquist now feels that the work and travel radically changed her, making her realize she could achieve anything she focused on.

“This experience really made me stop limiting myself artificially. Now I know that for everything I want to do, there is a way.”

“Sitting in a classroom is not all there is to life,” says the Princeton graduate. Just 16 when he finished high school, Bull took a year off and became a ski instructor at an Austrian health spa and traveled through Spain and Morocco before returning to the United States.

“That time out of school gave me the chance to realize, among other things, that the world doesn’t have my best interests at heart, that if I wanted to do something, it was on me to make it happen,” he says. “By the time I went to college, I had a much better sense of myself than many other people my age had.

“Over time, as I sat with more students, I came to see that they needed something more. They needed time to think about their travels, not just travel.”

For students such as Windquist, the experience of “conscious learning” and the affirmation of her life and dreams will stay with her.

The Lifelong Education Alternatives and Programs is partnered with the New College of California, which enables students to apply for loans and grants toward the $29,000 program cost, covering airfare, room and board abroad. Students can also earn up to 24 units of college credit through the college’s BA in humanities program.

Just as important to the LEAP curricula as travel is the program’s focus on the transition to adulthood. To this end, students (and their parents) take part in a Native American sweat lodge ritual with a Navajo-trained teacher–a rite of passage in which parents release their children into the world and accept them back as adults, a culmination of taking a leap.

“Now that is really the magical moment in the program,” Bull says.