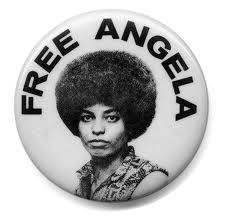 Angela Davis is best known as an educator and activist for civil rights who, in 1970, became involved with a group of prison inmates called the Soledad Brothers. When the men were accused of murder, Davis also found herself being accused for her alleged role in the event. Her name even made it on the FBI’s 10 Most Wanted list. After being freed from jail and acquitted in 1972, Davis became an author, writing books on gender equality and other social issues, such as Women, Race and Class and Are Prisons Obsolete? She now teaches at UC Santa Cruz. ‘Free Angela and All Political Prisoners’ is a documentary of Davis’ experiences with activism, discrimination and accusation during a time when equality and rationality were hard to come by. See it on Tuesday, June 18, at Summerfield Cinemas. 551 Summerfield Road, Santa Rosa. $12. 7:30pm. 707.528.4222.