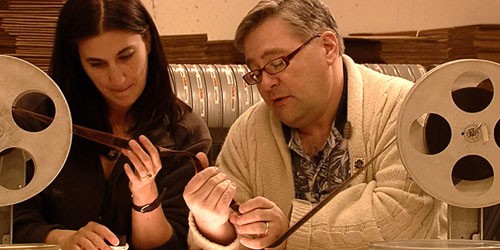 It’s easy to classify the films that have defined America. They feel like home—and they’re all preserved in the National Film Registry, the subject of a new documentary on film preservation. As an official selection of the Sundance Film Festival as well as various others across the country, These Amazing Shadows takes a place next to many of the movies it commemorates. The documentary tells the story of the Registry, which preserves “culturally, historically or aesthetically significant” films as ordered by the Library of Congress. From The Sound of Music to Charlie Chaplin to independent documentaries and even home movies, these meaningful films represent American cultural history. The collection is explored in the documentary, with interviews from many prominent filmmakers such as Christopher Nolan (Inception, The Dark Knight), John Lasseter (Toy Story, Finding Nemo) and many more. Pay tribute to the classic films that touched you most at one of three screenings on Thursday, July 21, at 8:15pm; Saturday, July 23, at 3pm; Sunday, July 24, at 5:15pm. Sixth Street Playhouse, 52 W. Sixth St., Santa Rosa. $8–$10. www.rialtocinemas.com.