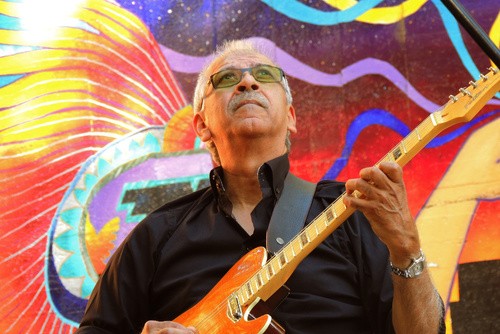 Guitarist Jorge Santana is most often associated with his brother, Carlos. They played together for many years in the studio and on the road, and even released an album under the name the Santana Brothers. Yet Jorge’s greatest commercial and artistic successes have come from his San Francisco–based band Malo, which first scored a Top 20 hit with “Suavecito” in 1972. Malo cracked the U.S. Top 200 with four albums between ’72 and ’74 before a hiatus and off-again, on-again activity since. This week, Santana revisits those classic hits and offers up a solo Malo-centric concert of fan favorites on Friday, July 1, at McNear’s Mystic Theatre, 23 Petaluma Blvd. N., Petaluma. 8:30pm. $22. 707.765.2121.