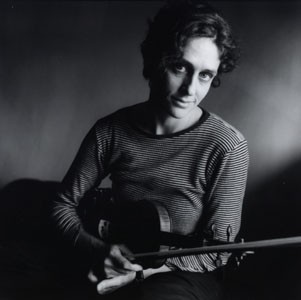 Frisell and Co. descend on the Raven

For a downtown jazz-scene queen, Jenny Scheinman sure does get around. Scheinman may be one of the most listened-to violinists on the planet, thanks to her contribution to the chart-topping cafe jazz album Come Away with Me–the multiplatinum 2002 release by sultry chanteuse Norah Jones that has sold more than 18 million copies–and its blockbuster 2004 follow up, Feels Like Home. But you’ll be excused if Scheinman’s name doesn’t strike a chord. She spends a fair share of her time playing with the mostly Bay Area collective of avant-jazzers that includes Charlie Hunter (who helped introduce Jones on his 2001 CD Songs from the Analog Playground), Scott Amendola and Nels Cline, among others.

On Feb. 3, Scheinman joins violist Eyvind Kang and cellist Hank Roberts to back up guitarist and bandleader Bill Frisell at the Raven Theater in Healdsburg for a night of inspired experimental jazz. Calling themselves the 858 Quartet, this foursome will perform songs from their sole album, Richter 858, a fearless set of guitar and violin duos inspired by the abstract paintings of German painter Gerhard Richter and first released in 2002 as a companion CD to a limited-edition art book about his work. Last month, Richter 858 finally had its commercial release on the Songlines label.

The quartet’s songs are built on simple repeated figures that serve as a framework around which the players can improvise.

The results are often eerie and always fascinating. In concert you never know where the quartet will travel.

Each of the string players in the quartet has had a long and fruitful association with the highly diverse Frisell, who has an uncanny knack for blending American roots and jazz; Kang can be heard on his innovative 1996 Bill Frisell Quartet project and Scheinman popped up on his 2003 world-music foray, The Intercontinentals.

“I love performing with Bill,” explains Scheinman by phone from her New York loft apartment. “Sometimes we’ll stop in the middle of a set and play a bunch of old fiddle tunes like ‘Cluck Old Hen’ and ‘Blackberry Blossom’–songs that I played with my dad when I was a kid.”

But the discs that have caught the ear of many critics are Scheinman’s own CDs, especially 2003’s The Rabbi’s Lover, which spans the sonic realm from haunting klezmer melodies to red-hot fusion, and 2004’s more mature Shalagaster, featuring some of the most scintillating music released last year. Both CDs are on John Zorn’s Tzadik label.

“I guess that I’ve played a lot of different kinds of music just in making a living and never felt all that attached to any one style,” she says. “I think that musicians in my generation–and especially people younger than me–have been exposed to so much music from around the world that it has become very integrated in our lives.

“It really has changed the sort of music that we write, reference and play.”

Just in time for Valentine’s Day, this classic album captures the second Miles Davis Quintet–Davis (trumpet), Herbie Hancock (piano), George Coleman (tenor sax), Ron Carter (bass) and Tony Williams (drums)–at the height of their powers in a live date appropriately recorded on Lincoln’s birthday, Feb. 12, 1964, at New York’s Lincoln Center. This is the first time this album has been available on CD, though the tracks were included in the recent box set Seven Steps: The Complete Columbia Recordings of Miles Davis, 1963­1964. And while the love of your life might appreciate the dreamy title ballad, coaxed through Davis’ Harmon mute, the five tracks on My Funny Valentine showcase five truly astounding improvisators–one of the great, if not the greatest, jazz bands of the era–stretching out and exploring music in a recording that many regard as the high-water mark of Davis’ bluesy ballad period.