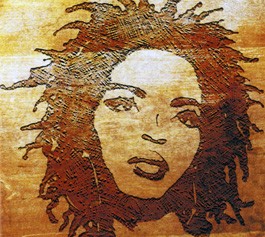 It’s official: Lauryn Hill is the headliner at this year’s Harmony Festival in Santa Rosa.

The former Fugee who struck out on her own with The Miseducation of Lauryn Hill in 1998 rarely performs live; the Harmony Festival is her only planned summer festival appearance and an opportunity for a return to form by the reclusive singer who’s clearly struggled with the pressures of success. There’s no nice way to put it: her less-than-spotty 2007 concerts in Oakland and Brooklyn garnered twin entries into the Terrible Reviews Hall of Fame.

This story could likely have a happy ending, though. Earlier this year, Hill showed up at the Raggamuffin Festival in New Zealand looking and sounding utterly rejuvenated. She tore the crowd up with an electrified “Doo Wop (That Thing),” which flew around YouTube as a welcome herald of her return to ecstatic fans. Could Santa Rosa host a defining moment in her career?

The Harmony Festival is slated for June 11&–13 at the Sonoma County Fairgrounds. www.harmonyfestival.com.

No Way, Dave Chappelle Is Playing the Wells Fargo Center