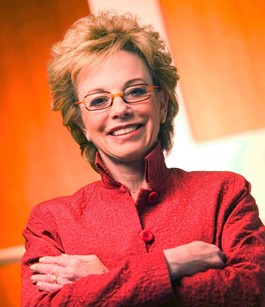 With Sen. Migden onboard, the push for federal legalization of medical marijuana nears goal

The issues around medical marijuana are not funny,” says Jewel Mathieson, a Sonoma-based poet and patients-rights activist. “This is not some Cheech and Chong movie; this is real life, and medical marijuana is about finding a way to live life at a time when that’s the hardest thing to do.”

With her husband, former Sonoma city mayor Ken Brown, Mathieson is the driving force behind the May 3 Medical Marijuana Educational Forum and Festival. The event is timed to coincide with the 10th annual World Wide Marijuana March (www.worldwidemarijuanamarch.org), taking place in cities all over the planet the same weekend. The international event, which seeks to erode opposition to the legalization of cannabis, is only partially focused on the medical uses of the famous weed, applications that are at the heart of Mathieson’s current passions.

“Our emphasis is entirely on medical marijuana,” she says. “We see the Santa Rosa event, which we hope to be the first annual event of its kind, as an educational festival, though we also hope it will be a lot of fun, and think it may draw people who are curious as well as those who already have an opinion.”

A breast-cancer survivor, Mathieson was forced to drive from her residence in Sonoma to Santa Rosa, the location of the nearest medical marijuana dispensary, to get medicine during her treatment. She often made the drive while suffering the debilitating effects of chemotherapy. Cannabis, she had discovered, was the only drug that effectively minimized the depression, nausea and appetite loss she suffered. There are currently five operating medical marijuana dispensaries in Sonoma County—three in Santa Rosa, one in Sebastopol and one in Guerneville. With the help of Brown, Mathieson attempted to open a medical marijuana dispensary in Sonoma last year, and after meeting with unexpected opposition from the community, decided that the way to change the climate is through educating the public.

“As a family member of someone suffering from chemotherapy treatments and the effects of radiation,” Brown says, “I’ve seen firsthand how much help marijuana can bring. When you think you’ve lost your loved one and then you get them back—they’re eating again, they can be active again, be themselves again—that’s a major thing.”

“People just don’t get it,” Mathieson says. “So this is an opportunity to hook in with an international event that already has momentum, and to use that momentum, hopefully, to establish a dispensary in Sonoma.”

The day will feature screenings of the film Waiting to Inhale, by award-winning documentarian Jed Riffe; educational booths and crafts; panel discussions; appearances by numerous medical marijuana experts (including David R. Ford, author of Good Medicine, Great Sex! ); and just for fun, performances by the bands Gator Beat and Stone Fish. Mathieson will make a special presentation to State Sen. Carol Migden, who will take a break from her re-election campaign and other concerns to speak on the subject of medical marijuana, an issue she’s supported through various pieces of legislation she is working to get passed by the California senate.

In January, Migden proposed SJR 20, which encourages the federal government to respect a state’s compassionate-use laws. Migden’s other medical marijuana bill is SB 1098, which would grant cannabis dispensaries amnesty from having to pay back taxes or fines on what they’ve sold up until now. This, many believe, will encourage underground dispensaries to come above-board and start operating like any other business, with the controls and oversight—and taxes paid—that would be imposed on any other similar business.

“The good people of California approved medical marijuana for medicinal purposes when they passed Proposition 215 in 1996,” says Migden, who was recently in Santa Rosa to address a meeting of the Sonoma County Teachers Association. “At that time, the people of California made a distinction between drug users and hardened criminals. Anecdotal or otherwise, it’s commonly held that marijuana is useful for people when they are ill. We also hear great outcry about the inadequacies of the healthcare system, and there are folks who would rather self-medicate at home to stave off their aches and pains or to increase their appetite. Under strict and supervisory conditions, it is the people’s policy to allow all of that.”

This of course contravenes federal policy, and Migden believes that George Bush’s swan song will be an attempt to eradicate marijuana dispensaries and clubs from this and all other states where similar programs exist.

“We’re trying to make a case,” she says, “and I believe this senate resolution will be passed, calling upon the federal government to back off, to quit persisting with raids, to not endeavor to pulverize these dispensaries and penalize their landlords. But I do feel we are fighting the clock, as this particular president, whose job expires at the beginning of ’09, tries to do as much as he can before he leaves to eradicate these kinds of facilities.

“We know that the federal government is now threatening to seize property from landlords who may indeed rent to these kinds of marijuana dispensaries,” Migden continues. “The federal government, heretofore, has kind of had a hands-off policy in regards to Sonoma County, along with Santa Cruz, San Francisco and other places where the population has firmly demonstrated its commitment to allowing medical marijuana to be used medicinally. I’ve proposed these two bills, in part, to stop the total elimination [of these facilities], because then it becomes a moot point about how we think these clubs should operate.”

According to Migden, a large number of marijuana dispensaries are eager to apply for business licenses, operate like other businesses and pay taxes like other businesses, but are concerned that when that day arrives and the Feds treat them like any other business, they will be charged with back taxes for every year they’ve operated since the medical marijuana law was passed 12 years ago.

“This federal prohibition is a great disincentive, because anyone seeking to pay taxes knows that there could be reprisals of one kind or another,” she says. “Medical marijuana has become an acceptable part of most Californians’ vocabulary, and it’s time to find a way to stabilize these medical marijuana services and outlets if it is the will of the people—and it seems to be—to pursue allowing cannabis to be used as medical relief.”