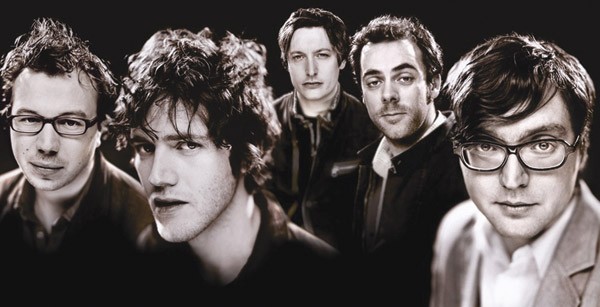 Gomez touch down in Petaluma

In 1998, “. . . Baby One More Time” all but jammed every airwave, Lauryn Hill owned the billboards and a scrappy rock group named Gomez ascended to stardom in Southport, England. The band’s debut album, Bring It On, offered listeners a genre-blending experience, where old-school rock riffs hung inside ambient rhythms and digital undertones, and was named Album of the Year at the Mercury Awards.

Since those early breakthroughs, Gomez have produced 11 albums, each highlighting a thrown-together palette of styles and hooks that build on and refine the band’s signature sound. Between Gomez’s major releases, the band’s individual members have left no rock unturned, endlessly innovating in musical side projects by producing albums in tree forts in Maui and recording songs in the back of their tour bus using only their iPhones.

Currently touring for their 2011 album, Whatever’s on Your Mind, Gomez have perfected a mélange of blues, folk, psychedelia and jazz laid down over smooth, atmospheric roots-rock. Those looking for rock ‘n’ roll with a unique twist will find it when Gomez play Sunday, Feb. 19, at the Mystic Theatre. 21 Petaluma Blvd. N., Petaluma. 8pm. $26. 707.765.2121.