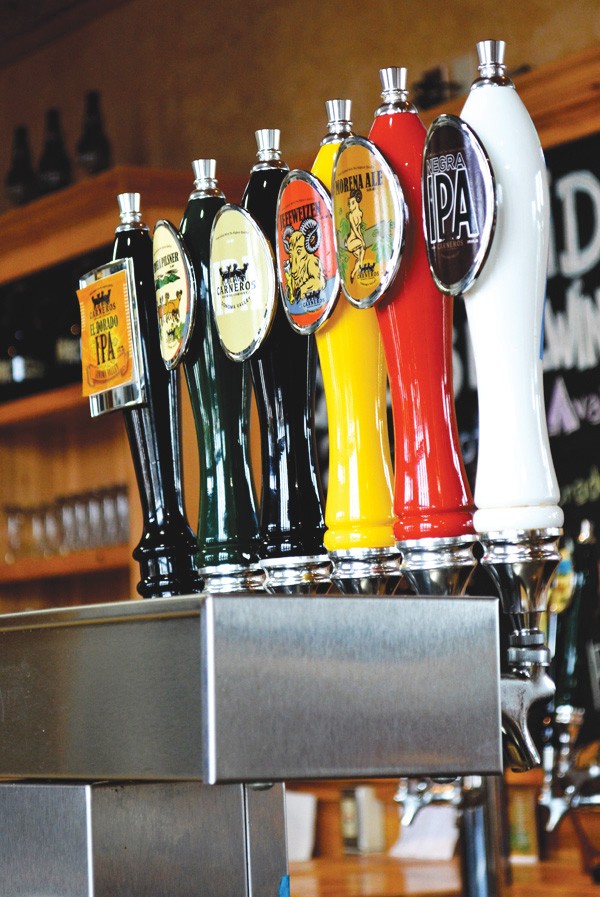 Chupacabra stalks the Carneros. Covered in froth, as black as a moonless night shrouded in fog, this chupacabra is . . . surprisingly mellow.

For all of its badass name, Carneros Brewing’s Chupacabra Stout tips the deft hand of brewmaster Jesus Ceja, showing freshness tinged with black, roasted barley instead of power, alcohol and hops. Although the brewery’s homegrown hops are a point of pride (see “Getting Hopped Up—Again,” Bohemian, Sept. 18, 2013), not to mention a key feature of the landscaping—growing to Jack and the Beanstalk heights on a trellis that towers above nearby vineyards—this California microbrewery appears to be fashioned in a distinctively German tradition.

Or Mexican, take your pick.

In the main, it was los inmigrantes alemanes who built modern breweries and fashioned beer tastes around the world, and Ceja has worked as a lead brewer for some of their more successful legacies: Coors and Anheuser-Busch. As brewmaster of one the nation’s few Mexican-American-owned breweries, Ceja fills the taps with a Californian take on German styles, and a subtle take on craft brew standards, using about 30 percent homegrown hops.

The taproom is located just off Highway 121 at Burndale Road (the Burndale entrance is easier to access), with Ceja Vineyards and the yet-to-open Hanson vodka tasting room as neighbors. A hacienda-styled partition separates the bar from the industrial setting, while off to the right, brewers may be tinkering with a mash tun or hauling out spent grain. Because of zoning, nosh options are limited to pretzels, jerky and a cheese plate, but on weekends you may get lucky and find a food truck parked on the premises.

You can count on street food by Barrio Marin and tri-tip sandwiches from Tri Tip Trolley on May 2, 2015, when Carneros Brewing celebrates a Cinco de Mayo fiesta, with entertainment by Charros San Rafael Archangel and piñatas filled for “both young and old.”

Every day it’s $15 for five samplers of beer in generous, five-ounce pours. The Keller Pilsner is citrusy, with a nice sour tang to it; the Negra IPA darkened with roasted barley, but not heavy. Labeled with perhaps the sexiest sheep in the craft-beer world, for what that’s worth, malty Morena Ale is a mellow take on California amber ale, but the Carneros Bock is the most wildly flavorful and mouth-filling. Take a growler or 22-ounce bottle for a fiesta of your own.