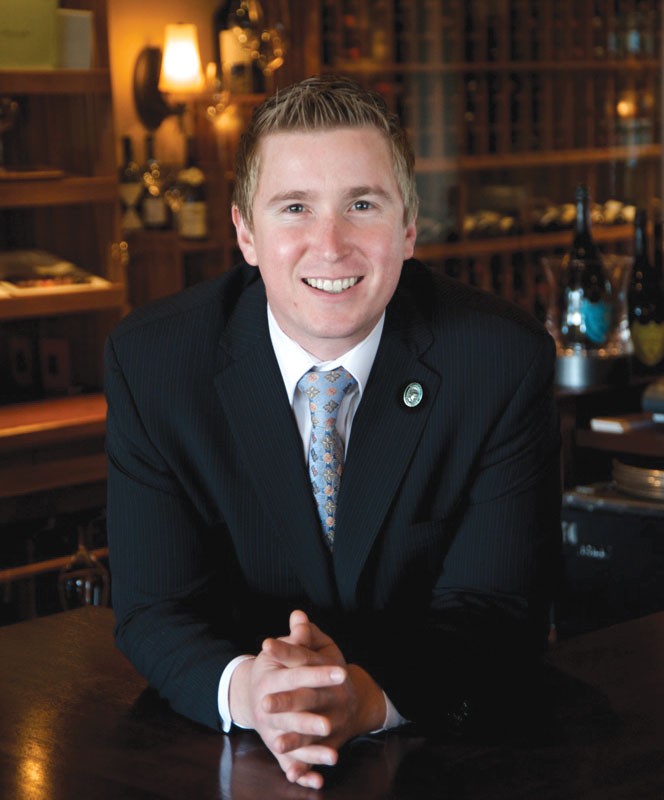 As seen in the 2012 documentary Somm, within a minute of tasting, Ian Cauble could tell this much about a particular wine: “Aromas coming out are like this lime candy, lime zest, crushed apples, underripe green mango, underripe melon, melon skin, green pineapple. And the palate: wine is bone dry, really this, like, crushed slate, and crushed chalky note, like crushed hillside. There are white florals, almost like a fresh-cut flower, white flowers, white lilies, no evidence of oak. There’s a kind of a fresh—like a freshly opened can of tennis balls, and a fresh new rubber hose.”

He was spot-on with his description, and then correctly identified the wine: a 2009 Clare Valley Riesling. And this was before he became the 197th master sommelier in the world, and before he won the “world championship,” as he calls it, earning the title Top Young Sommelier in the World.

When Cauble began his education at Sonoma State University, he surely couldn’t have known he would become one of the youngest master sommeliers in history. He might not have known even when he graduated in 2003, with degrees in business administration and Spanish. But after working that summer at a vineyard in Chile, “he decided that drinking great wine and eating great food was what he wanted to do with his life,” says Shalyn Eyer of SSU’s School of Business and Economics.