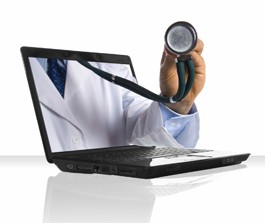 Sadly, it's time for the entertainment renaissance to be over

I n his book The Assault on Reason, former vice president Al Gore grimly cites a study that found Americans watch four-and-a-half hours of television a day. Who can blame us, really?

As deservedly a bad rap as television gets, TV shows and cinema are currently in the midst of a renaissance. Led by HBO, whose Rome, Deadwood and The Sopranos all boasted extraordinary writing, acting and production values, we’ve seen an incredible jump in the quality of entertainment. Even My Name Is Earl, that good old-fashioned white-trash comedy on NBC, is miles beyond the jaded sleaze of ’80s television shows like Married with Children.

Similarly, this is the first year in quite awhile I’ve been excited enough about the fall movie lineup to compromise my gas fund and shell out for the big screen. No Country for Old Men, as any critic with a pulse will tell you, is some kind of cinematic miracle: Javier Bardem’s scarifying Angel of Death drifting through a desolate Freudian landscape of compromised morals and dying American dreams. Viggo Mortenson’s nude fight in Eastern Promises not only thrilled but broke new ground in the censorship of the male body.

And Viggo, Tommy Lee Jones, Johnny Depp and Sean Penn were but a few familiar faces who reached career pinnacles in performance and direction, each and every one of them taking us to places we’ve never seen before in their all-singing, ass-kicking, abandoned-bus-living, quietly devastated incarnations. The year 2007 will be remembered for exceptionally intelligent creativity in the visual mediums.

Of course, the road to hell is paved with good intentions. It’s a shame that the quality of filmed entertainment had to peak at exactly the moment when we need to kill our televisions the most.

Any reasonably cognitive being would agree that we spend too much time sitting on our asses, staring at one screen or another. If the average American spends nearly five hours watching television on her own time, how much work time does she spend hunched over the keyboard staring into the siren glow? In my case, it’s eight hours of continuous e-mail monitoring. When I go home, my mad impulse toward writing sits me down for another two hours at the laptop, followed by two hours of movie time if I want to unwind with my boyfriend. On weekends, like many Americans, I go to the movies.

Our brains aren’t the only part of our bodies under assault from the flat screen. A quick Net search reveals an even bigger problem than pants size. Go to WebMD, type in “television” and sit back as the fate of the next generation is revealed. Studies the world over are linking ADHD and aggressive behavior in young children to early exposure to television. In November, it was reported that millions of children deprived of proper exercise and sunlight by their tube-time are developing weak bones, setting up a very probable time-bomb of osteoporosis and even rickets in future generations.

Adults aren’t safe, either. Without vitamin D, bones can’t absorb the needed levels of calcium. This makes them softer and can result in back or other structural problems. Something similar recently happened to me.

Though I’ve (mistakenly) considered myself less of a TV watcher than the average junkie, I began having back pains this year. When I went to the doctor, he told me I have mild but widespread arthritis. As I am only 27, I was shocked that this was even possible, but the doc smiled and told me casually that a large percentage of people my age are afflicted with the same. “It’s all the sitting you guys do,” he said. I protested, “I take walks all the time! I swear!”

Bad backs, obesity, hyperactive, aggressive children with rickets—obviously, there’s something wrong with us.

There’s an even bigger problem when considering how much work time is spent at the computer. Screen time is inescapable. It has become the center of civilized life. Thom Yorke of Radiohead once compared the modern person to “a pig in a cage on antibiotics.” That’s sounding milder every day.

Writers strike or not, filmed entertainment isn’t going away. As video slowly takes over the web, it won’t be long before computers are the viewing instrument of choice, providing a drug of choice in the blink of an eye. There will always be something cool to watch. But is it worth our bodies? This is a question we’re all going to have to answer. In 2008, I personally plan to unplug the evil box completely and see if my head explodes.

The entertainment renaissance was nice. Now it’s time to see if we can tell our own stories.