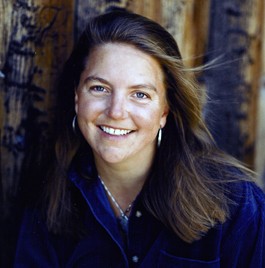 by Jessica Dur Taylor
May 18, 2011
It’s easy to envy Pam Houston. As a 27-year-old Ph.D. candidate in creative writing, Houston wrote a story that so impressed editor Shannon Ravenel at a writer’s conference that Ravenel passed it around to all the agents and editors. Houston’s debut book, Cowboys Are My Weakness, was received with immediate (and in her words, “stupid, universal”) critical acclaim, effectively securing her place as a vital voice in Western literature.

Yes, it’s easy to envy Pam Houston—that is, until you read her candid, glittery prose. With self-deprecating wit and tender openness, Houston’s writing is so humbly honest that one can’t help but feel she’s a new best friend. Anyone who’s read Houston knows her subject du jour is men—often ruggedly charming, emotionally unavailable men. Little surprise that she contributed a story to author Victoria Zackheim’s newest anthology, He Said What: Women Write About Moments When Everything Changed, a compilation of 25 different women’s stories about men and the power of their words. Houston reads her entry on Saturday, May 21, at Book Passage in Corte Madera. “It’s basically a greatest hits,” Houston laughs, “of all the outrageous things men have said to me.”