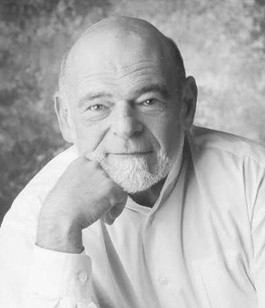 When a billionaire calling himself “the Grave Dancer” pumps fifty grand into a California state proposition, you’ve gotta ask yourself, just whose grave is he planning to dance on next? Meet Proposition 98’s poster boy, real estate and media magnate Sam Zell. His bottom-feeding Equity LifeStyle Properties, based in Chicago, has grown into one of our nation’s largest rental property owners.

Threats of Midas rents for modest housing are reason enough to vote down Proposition 98, but reasons to outright defeat it abound. Proposition 98’s primary mouthpiece is the Howard Jarvis Taxpayers Association. You may recall Jarvis as the papa of Proposition 13, which slashed property taxes some 30 years ago. According to HJTA, Proposition 98 is designed to protect eminent-domain takings of “our homes, family farms, mom-and-pop small businesses [in order] to build a sports stadium, big-box chain store or hotel.”

Jon Coupal, president of HJTA, says, “The core of our initiative is the eminent domain reform.” If that’s so, then why has three quarters of the $4.5 million raised to promote Proposition 98 come from apartment-complex and mobile-home-park owners whose number one aim is to permanently eliminate all rent-control legislation, state, county and municipal?

The Howard Jarvis people employ creatively faulty logic hoping to convince voters that Proposition 98 is all about plugging the funnel of wealth flowing from the pockets of small landowners into those of fat cat developers abetted by corrupt officials using eminent domain. And yet Proposition 98 is backed by big money all the way. Supporters include the California Association of Realtors, the Apartment Owner Association of California and both the California Republican Party and the California Republican Taxpayers Association. Local backers include the Sonoma County Land Rights Coalition and Sonoma County Taxpayers’ Association.

Proposition 98 will hinder the development and expansion of essential state and community resources, services and infrastructure works.

Consider scenarios in which a landowner holds every legal advantage. Water works projects, schools, roads and other pieces of essential public infrastructure may be prevented from being built or improved. Picture landowners trumping environmental regulations, thus affecting the lives of everyone in their community. Proposition 98 supporters say government agencies will still claim properties through eminent domain, though no doubt at considerably enhanced prices. Opponents insist property owners will demand unreasonable recompense, thus holding communities in dire need as economic hostages.

Proposition 99, 98’s head-on competition, is less toxic and boasts a broad coalition of more than 200 organizations ranging across the political divide. It’s somehow made bedfellows with both labor and business, environmentalists and government agencies, as well as uncountable Democrats and one square-jawed Republican governor.

While Proposition 98 dramatically shifts power to private land and building owners, Proposition 99 provides reasonable accommodation and a fair return for properties taken through eminent domain. Proposition 99 fills the vacuum left by our present dearth of protections afforded California’s private property owners. Proposition 99 isn’t perfect, but it doesn’t place an economic gun to our head like 98 most assuredly will.

In fact, Proposition 99 was conceived to run right at Proposition 98. If both propositions receive more than 50 percent voter approval, the one garnering the most votes will prevail. If only one receives the requisite 50 percent, that proposition becomes state law. Of course, it’s possible neither will achieve a majority threshold, in which case nothing changes.

With such consequential issues as eminent domain and rent control bundled together, it’s a shame these propositions aren’t on the General Election ballot in November. Being in a primary means receiving notice from far fewer voters. It also means every vote counts for more.

Here’s a whiff of what Proposition 98 proponent Sam Zell served up at the Milken Institute Global Conference in L.A. a few weeks ago. “This country,” the multibillionaire charged, “needs a cleansing. We need to clean out all those people who never should have bought in the first place, and not give them sympathy.”

How’d you like a newly unregulated and decidedly unsympathetic Sam Zell doing the Chi-town Hustle atop your home sweet home?