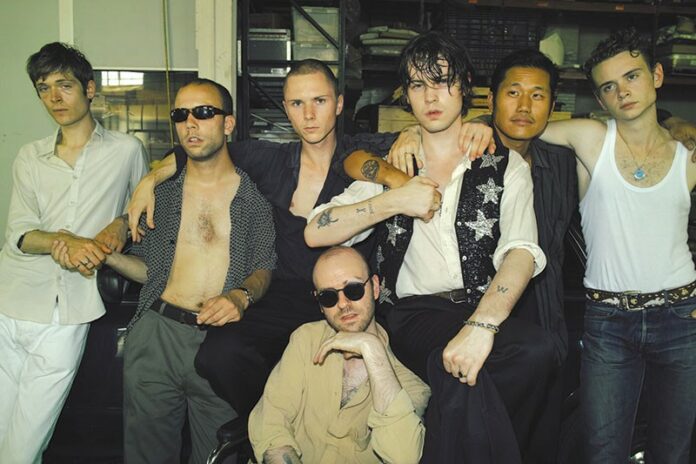 Danish musician and songwriter Elias Bender Rønnenfelt has never heard a style of music he didn’t like. At least that’s the sense one gets when listening to his experimental band Marching Church. Originally Rønnenfelt’s solo project for years, Marching Church formed as a full band in 2014 and has released two critically acclaimed albums, including 2016’s Tell It Like It Is.

Rønnenfelt (pictured, third from right) first caught international attention when he co-formed the post-punk band Iceage in Copenhagen circa 2008. He was 16 years old at the time. While Iceage is known for its hardcore noise-rock intensity, Marching Church is a more eclectic, freewheeling outlet that incorporates acid jazz and soul in an emotionally charged electro-rock odyssey.