Wine and waves in Bodega 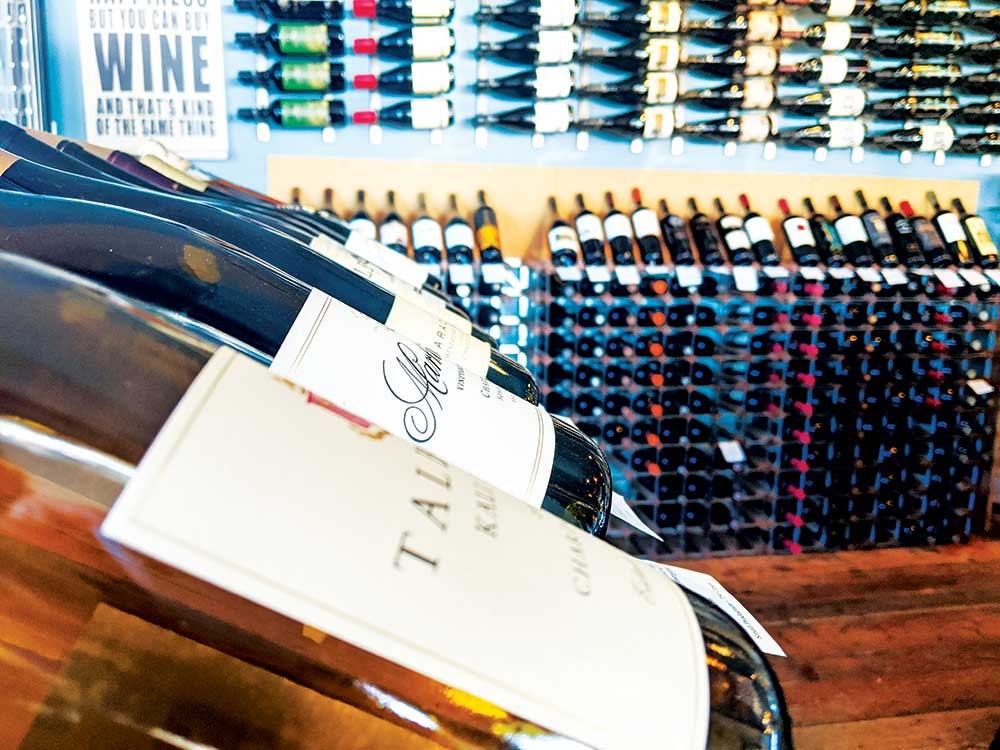 There was a time, not so long ago, when Bodega Bay was strictly for the birds. In addition to the ever-present seagulls, director Alfred Hitchcock left an indelible mark on the oceanside area with his cinematic ode to avian terror, The Birds. That mark is still visible in the life-sized Hitchcock mannequin outside of Sea Gull Antiques on Bodega Highway and the crow silhouette on the The Birds Cafe on Highway 1.

But before we cause locals to bare their talons, let’s clarify—there are two distinct cities: Bodega and Bodega Bay. I’ll let you deduce what differentiates them (hint: it’s wet). Also, most would agree there’s more to both areas than their cameos in a 57-year-old bird movie. There’s also wine—waves of it as it were—and the region received its own American Viticultural Area designation in 1987.

How does one sail smoothly over this wine-dark sea? Preferably with a designated driver when visiting the tasting rooms, wine bars and cafe wine lists that line the craggy coast.

If you’re not traveling with a local, chances are you’re using Google as your guide and the maps app as your compass. This works (kind of), but then you’re beholden to the algorithm and the respective search-engine optimizations of the various purveyors. Which means you might miss some spots along the way. I’m sure I have, being led as I was, by not only my phone but by my increasing need for big, loud, signage to catch my distracted, deadline-driven eye.

A favorite stop is in the town of Bodega itself, where the aforementioned Hitchcock stand-in greets you on the main drag, and where the Casino Bar & Grill awaits. If you’re the gambling type, the nightly dinners created by Chef Mark Malicki are a sure bet.

The menu starts as a blank blackboard, says Malicki, who visits a circuit of local providers, which can include farmers’ markets, Marin Sun Farms and Point Reyes oyster farmers.

The menus develop organically, given what’s available and what inspires him. He then writes them up and posts them on Instagram and Facebook.

A recent Monday menu featured a beet-hummus-with-artichoke tapenade, egg, romaine leaves, naan and roasted garlic with a New York steak, a sweet potato, Brussels sprouts and miso butter as one of the entree selections.

When creating his wine list, Malicki works with Kermit Lynch Wine Merchants as well as selecting from small, local providers such as his friend Jennifer Reichardt, the owner and winemaker of Petaluma’s Raft Wines (whose rosé he features).

“Honestly, I’ve been here for 10 years and it’s only this past year that I started doing the list also,” says Malicki, who reminds me that the clientele of the 70-year-old bar has traditionally been interested in hard liquor and beer. He laughs. “Maybe in another 10 years, I’ll be doing the whole list.”

At least one of the wines served at the Casino is available across the street—to go—from the Bodega Country Store. Reopened by proprietor Ariel Coddington in September 2018, the country store boasts dozens of selections, but among the favorites are the meritage, cabernet franc and rosé from John Albini Family Vineyards.

“We like local wines,” says Coddington’s partner Brad Mills, who credits her with the selections—including the Albini Cabernet Franc to which he’s partial.

The Bodega Country Store is a full-fledged grocery store with a beautiful produce department and a new deli on the way. It tantalizes with the promise of a one-stop picnic-and-bottle shop for your future beach adventures.

Sonoma Coast Vineyards proves ideal for a more traditional tasting-room experience, but with the added bonus of spectacular bay views, not to mention the brilliant winemaking of Anthony Austin and protegé Tiana Sawyer.

Standouts include the 2018 Sauvignon blanc—a medley of tropical fruit, sour green apple and mellow oak notes. With only 800 cases produced, the 2017 Freestone Hills is the vineyards’ flagship pinot noir with supple, berry-forward notes chased by mild tannins at the finish. A personal favorite is the 2017 Harris Vineyard Pinot noir, now in its inaugural 225-case release, that undergirds its complex, bright fruit with a hint of tea leaf and whispers of leather, making for a perfect seaside sipper.

“All the grapes are all sourced within a 20-mile radius of the tasting room,” says tasting-room Associate Sarah Percell. This includes specific blocks in local vineyards as well as choice grapes literally grown in people’s backyards, Percell adds.

For those with a bubblier attitude, consider visiting the tasting room between 4pm and 6pm on Wednesdays for “Sparkle + Pop,” when Sawyer’s brut rosé is paired with white-truffle-and-parmesan popcorn.

The Birds Cafe not only carries the mantle of Hitchcock’s film, it also makes a stellar fish and chips that are well-matched with the house syrah (with bird-braided label no less). An elegant and light expression of the varietal, the wine’s dark berry and stonefruit notes stand up well with the cafe’s oceanside offerings. I found a corner on the back deck with a view of the Cypress-framed marina that made me feel at one with the Bodegaverse (and was kindly rewarded for choosing the view with a postcard of the very same).

You’ve heard of wine flights (multiple tastings often organized by appellation, vintage, varietal or frankly whatever strikes one’s fancy), now consider “Wine Surfing,” the similarly effective invention of Gourmet Au Bay with glasses arranged on a little slotted surfboard. There’s also supposed to be an enclosed R next to the name since it’s a registered trademark with the United States Patent & Trademark Office but I’ve had too much wine to figure out the keystrokes to produce the symbol. Apparently, they (and their attorney) are serious about it—ahem. Fortunately, they’re as serious about their highly-curated selection of small production, award-winning California wines. In fact, Gourmet Au Bay, beyond being an exceptional wine bar with great eats and views to boot, is effectively the area’s best bottle shop.

Next ArticleThe Gig Is Up