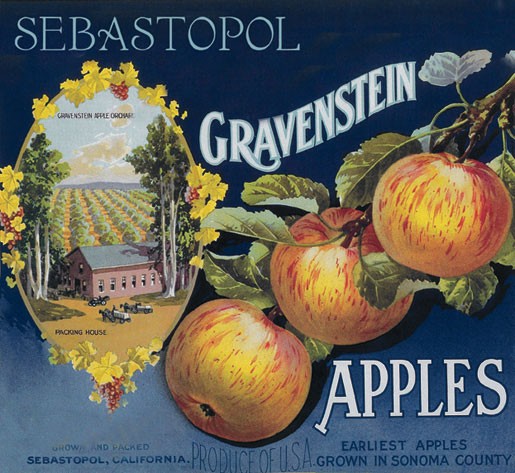 “We always hear from people sad to see all this fruit falling on the ground and rotting,” says Jolie Devoto Wade, co-owner of Apple Sauced Cider in Sebastopol with her husband, Hunter. And with that, they decided to do something about it: make cider.

The company is inviting Sebastopudlians to harvest those apples before they go bad for a project called Backyard Cider. The idea, says Wade, is to put those apples to good use and donate profits of the resulting brew to Slow Food’s Apple Core Project, which seeks to raise awareness and preserve the heritage Gravenstein apple from extinction. “We kind of wanted to make a political statement and just use Gravensteins,” she says.

Well, there will be the occasional oddball thrown in, but “basically it’s going to be all Gravensteins this time of year.” The variety yields cider with a tart, sweet, tangy flavor and a nice spice. “We have no idea what people planted in their backyards 40 years ago,” says Wade. But the taste “really depends on how you make the cider.”

The company, which sold over 1,000 cases of cider in 2012 and plans to make 5,000 this year to meet demand, will hopefully produce about 200 cases of Backyard Cider, bringing in a few thousand dollars for the Apple Core Project. The company will announce a late August drop-off date soon.