Moonlight Brewing steps into the limelight—sort of 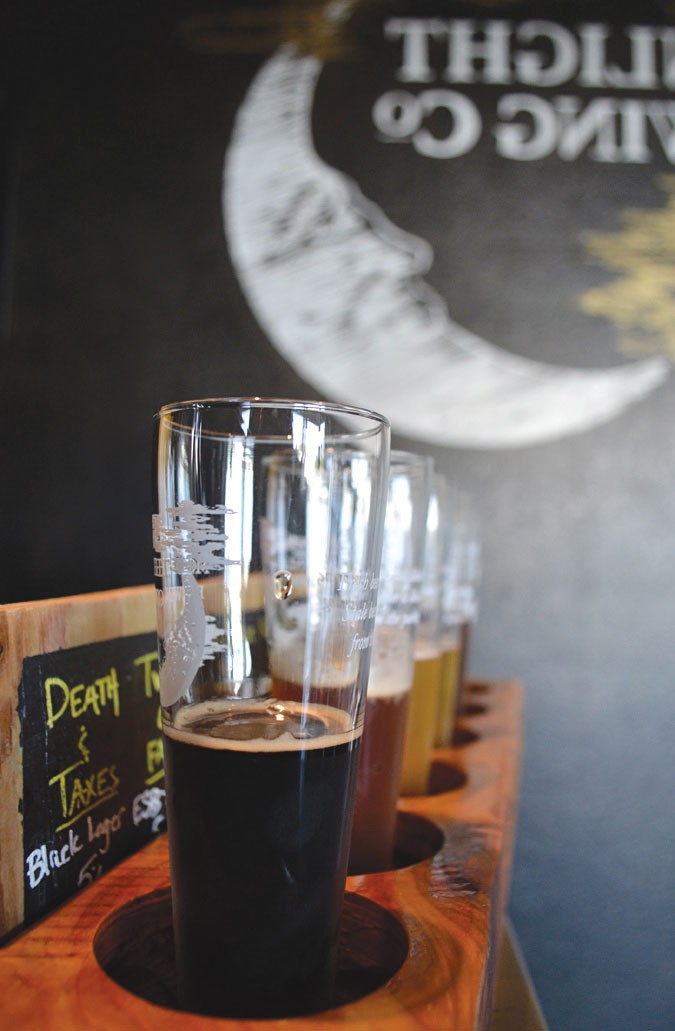 In brewing and winemaking, the rhyming rule “low and slow” describes a fermentation that, held to a nice chill, bubbles up at a steady tick-tick-tick pace for many days, if not weeks and months, to retain the delicate aroma of a grape or a style of beer. It might also describe the way Brian Hunt has built Moonlight Brewing Company.

“He’s in no rush,” says Shannon Thomas from behind the bar at Moonlight’s tiny taproom. Thomas, general manager at Moonlight, says that while it’s easy to get caught up in craft-brew fever these days, with everyone else growing at lightning speed, Hunt has instilled a patient, “Let’s think about what we’re doing here” approach to brewing and business, as Moonlight has grown from a one-man-show in a Windsor barn to, well, a small brewery in a Santa Rosa business park that only distributes kegs to a mostly regional Bay Area market. Yet Moonlight’s renown is outsized.

Sometime this winter, an expanded space next door will replace this taproom. Sporting a redwood slab bar, it will be open Wednesday through Sunday, and will host a resident food truck.

On a recent Saturday, visiting beer fans and boutique winemakers taking a break from crushing grapes across the parking lot file into the little taproom for pints and logo T-shirts, and settle at tables in the improvised beer garden—just a roped-off portion of the brewing facility.

Samplers are poured in an attractive row of six five-ounce pilsner glasses, fitted into a wooden tray as heavy as ship’s tackle. Cans and bottles are being talked about, yet are still anathema at Moonlight; the taproom is the only place to grab-and-go ($40 new insulated growler, filled; refills for 64-ounce, $16, 32-ounce, $20) Moonlight favorites like the biscuity, balanced “ESB-ish” Twist of Fate, the fresh and corn-tassel floral Reality Czeck pilsner, the redwood-spiced ale Working for Tips, and the legendary Death & Taxes black lager.

Ask about the secret to the beer here—is it that old copper kettle in the back, or fermentation-scienced-up traditional English style?—and you’ll hear how Hunt responds to the technical stuff, says Thomas. “He just laughs and hands you a beer—’What do you think of this?'”