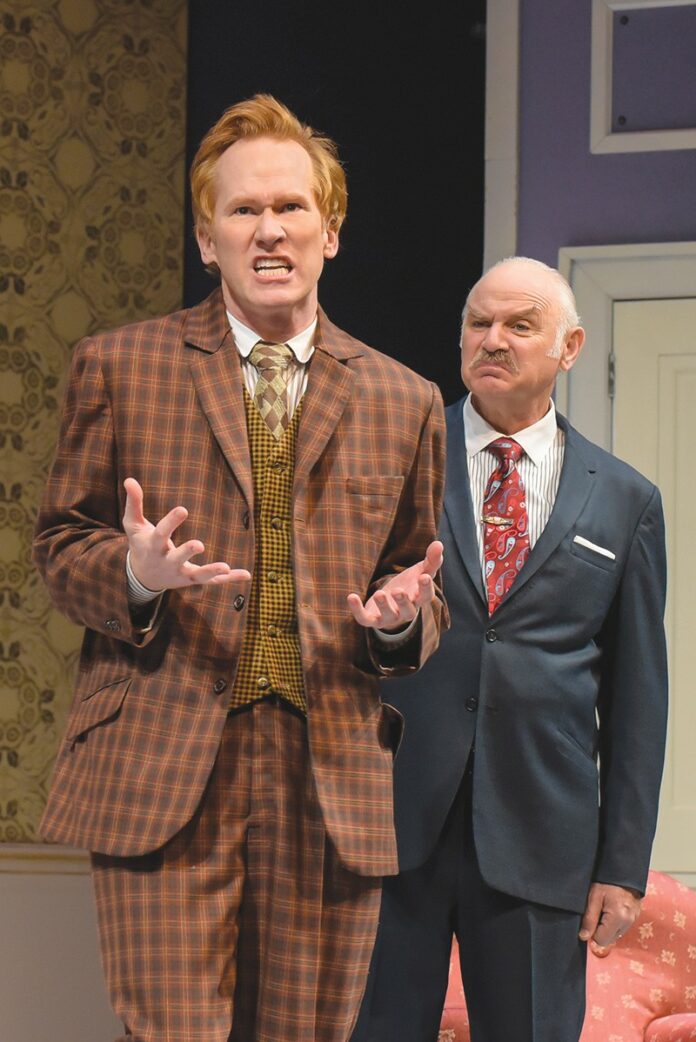 If it’s possible to overdose on laughter, then now is a dangerous time. Two of the funniest plays ever written are running in the area.

In Sonoma, Narrow Way Stage Company (narrowwaystage.com) presents Michael Frayne’s high-energy farce Noises Off (weekends through May 31), showing life on- and off-stage, as a band of dysfunctional actors rehearse a wild sex farce. Tony Genesis’s rotating two-story set shows both sides of the wacky action, from the multiplying sardines to the frenetically timed tumbles down the stairs.

Meanwhile, running through June 21, Berkeley Rep (berkeleyrep.org) is presenting the Bay Area premiere of Richard Bean’s madcap One Man, Two Gunners (pictured), a bawdy British, ’60s-era adaptation of the classic Servant of Two Masters, in which a desperate bloke ends up working for two different London criminals. With rockabilly tunes and a few scene-setting songs inspired by the Beatles, this show caused a sensation in London and New York.

The farce is less rambunctious but still absurdly ingenious in Ross Valley Players’ production of Sarah Ruhl’s Clean House, running through June 14. When a cleaning woman who’d rather tell jokes meets a woman who can’t stop cleaning and another who can’t get her house clean enough, the stage is set for high-octane battles, and heart-stopping discoveries. In The Clean House, people really can die laughing, and be all the happier for it.