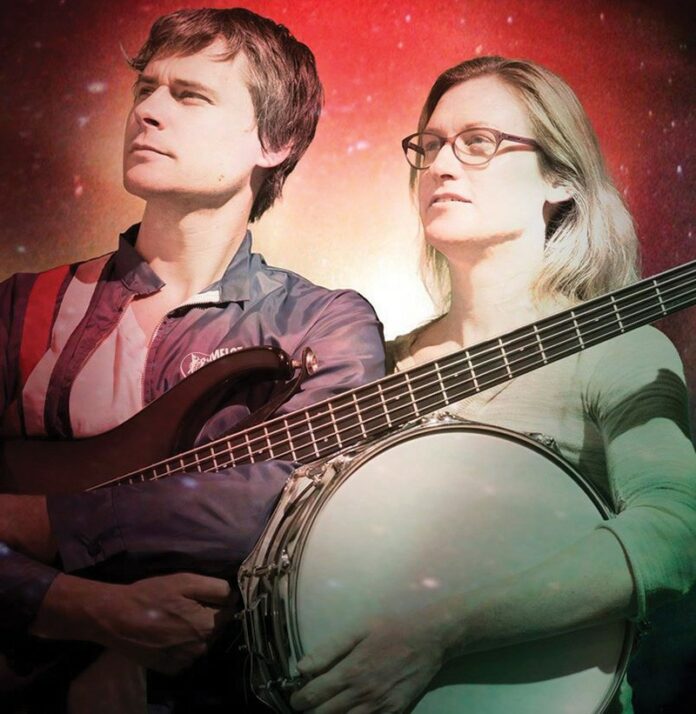 Drum and bass duo Toast Machine bring back the noise

It started as a funky, face-melting experiment that grew into one of the most popular indie bands of the North Bay, but five years ago the Petaluma duo that forms Toast Machine called it quits.

In the time since, life has taken the members, drummer Paige Warner and bassist Gio Bennedetti, in very different directions. Yet the two reformed back in March, and this weekend play a reunion show at their favorite North Bay venue, the Phoenix Theater, with support from Arrythmia, the Honey Toads and Finit.

In an interview, Bennedetti describes the impulse to reunite as musical withdrawals. “We are both eager to play loud, fun music again. That catharsis we get when we play—there’s nothing else that feels that way.”

Paige Warner (formerly known as Brandon) came out as transgender in 2012, and transitioned with full support of family and friends. She currently works at Industrial Light and Magic and creates apps in her spare time. Meanwhile, Bennedetti and his wife have become the parents of two girls. He played and toured with the Brothers Comatose, though he retired from the road in January of this year to focus on family. Since reforming, the duo have crafted a slew of new songs and will be performing these as well as old favorites when they play on Friday, Sept. 19, at the Phoenix Theater, 201 Washington St., Petaluma. 8pm. $10. 707.762.3565.