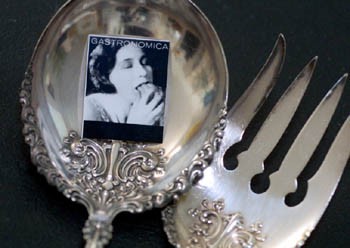 THE ACRONYM FSM once meant the Free Speech Movement, the wave of student demonstrations that covered universities in the mid-’60s. These days FSM may be developing a second meaning, one that’s taking campuses from the inside out: Food Studies Movement. “I hear it all the time, the Food Studies Movement with a capital M, and we’re right on the vanguard of it in classic revolutionary terms,” says Marion Nestle, chair of New York University’s department of nutrition and food studies. “We’re trying to establish food studies as a completely legitimate academic field of study, with very high standards, that people will take seriously.”

Gaining academic credibility has been the primary task of food studies, which, like other cross-disciplinary studies such as women’s studies or black studies, suffered from being diffused throughout disparate departments. Food studies bore the added onus of being about, well, food, a subject that has been disdained in academia with more than a hint of sexism. “It’s quotidian, too trivial, too housewifey,” says Nestle. “We constantly heard that advisers don’t want to see studies on food.”

But Nestle and other food-studies professionals are excited by recent signs that the Food Studies Movement is on the rise. Respected academic presses such as Oxford and Cambridge releasing highly acclaimed food history tomes, and the University of California Press has come out with Gastronomica: A Journal of Food and Culture. The inaugural issue includes poetry on a peach and an essay in favor of convenience foods, as well as an art historian’s research on letter cookies in 17th-century Dutch still lifes and a seriously convoluted deconstruction of a postmodern menu.

This bewildering mix is a suitable representation of the state of the Food Studies Movement. Indeed, diversity may be the new discipline’s draw, as scholars studying food seek a haven from their own department’s indifference. As students become aware of the possibilities in food studies, individual courses, scattered throughout the course catalog in literature or anthropology or agriculture, fill up as quickly as they appear.

Outside the ivory tower, consumer magazines such as Saveur are cultivating a certain socioculinary tone, bringing elements of food studies to the masses that don’t always know what they’re eating, says Gastronomica editor Darra Goldstein. “Take Thai food. People have a lot of familiarity with it. We can order pad thai and things we like. We’re knowledgeable about it on some level, but how much do we really know about how foods are served in Thailand?” asks Goldstein.

“Do they have any ritual importance? What is their historical importance? How have they changed over the centuries? We know something and that is good, but it isn’t necessarily a deep knowledge.”

Barbara Haber, curator of books at the Schlesinger Library at the Radcliffe Institute for Advanced Study at Harvard University, knows from her reshelving carts that food studies are alive and well. The library is actually dedicated to women’s history and women’s studies, but it’s the culinary collection, containing over 16,000 volumes, that is the real magnet for the public. Even Martha Stewart showed up recently to film a segment at the library, which has been a repository for cookbooks since its beginnings in 1943. “Whoever the director was then, [he or she] understood that books on household management had a place in women’s history,” says Haber.

“They give you a sense of what the expectations are.”

THAT FOOD studies and women’s studies are a natural match has not always been a popular opinion. “It was a forbidden subject in the earlier years of women’s history,” says Haber. “Anything to do with cooking and food was seen as retrograde and bad for business.” Haber credits scholars in multicultural studies for showing that food is a fast track to the heart of a culture, and women’s studies scholars soon began returning to cookbooks for insight into women’s culture.

These days the materials in the Schlesinger Library are used for a wide range of projects. Haber herself is working on a paper on cookbooks as texts for understanding radical feminism, and she has assisted, or reviewed works by, dozens of scholars, whose subjects range from the transmittal of recipes in colonial America to cookbooks as historical documents of the Cold War.

Generalists at an undergraduate level have also found food to be a naturally compelling tool for examining culture. “It’s something that people deal with daily, and at the same time they don’t always think about it,” says Warren Belasco, professor in American studies at University of Maryland Baltimore County. “It’s very much undervalued, particularly in rich countries like ours. People don’t realize what an amazing miracle the food system is.”

Predictably, scholars are finding some hidden weaknesses in the food-studies boom. Since the field is so new, it is still very open to writers. But usually these writers go on to other subjects after one book, rather than developing their expertise in the field of food. “Food is used as a case study in a particular dynamic, and then they move on,” says Belasco. “I think that indicates a certain weakness in the field.”

Other people are late for the train and have too much baggage, according to Haber. “I remember the early days of women’s history, when historians who had been traditionally trained jumped in and claimed to be involved in women’s history. Yet they talked as if women were just one monolithic whole,” says Haber. “I must now make that same assessment of academics who come traditionally from cultural criticism, deciding they are going to work on food. They approach food with a theoretical framework tightly in place, but they don’t recognize that food in itself is a subject, that it has a history, that it has a set of meanings.”

Not only that, she says, but some food-studies people don’t even know how to cook. “I’m concerned that some academics will corrupt food studies, because some of them are just too arrogant to realize that they need to know something about cooking. How else would you know what’s involved really in the creation of a dish, how long it takes? How do you pick up clues?”