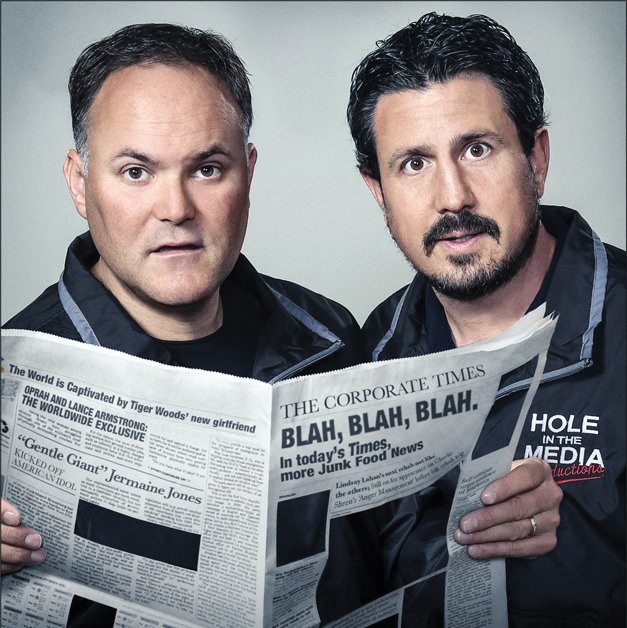 Separating credible news from the muck

The recent release of Project Censored: The Movie, which encourages media consumers to pay attention to what they’re being fed and by whom, is well-timed for readers in Sonoma County and beyond.

This past month, five radio stations—KSRO, the Mix, Hot 101.7, the River and Froggy—were sold by East Coast corporate parent Maverick Media back to the local ownership of Sonoma Media Group, helmed by Lawrence Amaturo. Similarly, rumors have continued to spread about Sonoma Media Investments, which already owns the Press Democrat, Petaluma’s Argus-Courier and the Sonoma Index-Tribune and other associated publications, and which founder Darius Anderson has hinted will be buying even more newspapers.

Project Censored: The Movie, which premiered at the Sonoma International Film Festival earlier this month, chronicles the nonprofit located at Sonoma State University whose mission is to “teach students and the public about the role of a free press in a free society—and to tell the news that didn’t make the news and why.”

Some news, as the film suggests, is simply junk food. In an attempt to be honest about what news is and isn’t, Google’s senior director of news and social products this month came out against news outlets printing thinly veiled marketing campaigns as news.

“Google News is not a marketing service, and we consider articles that employ these types of promotional tactics to be in violation of our quality guidelines,” said Richard Gingras, in a statement. Additionally, it was announced that if an online site mixes news content with marketing materials, the entire publication may be excluded from appearing in Google News searches. A win for media credibility!

It is difficult, in this day and age, to know which are the credible news sources. From small publications influenced by both advertisers and local government to huge corporate news outlets promoting larger agendas, there is often a disconnect from what is written and what is really going on. In the Project Censored film, Khalil Bendib, a political cartoonist, talks about how corporate ownership of news can stifle the truth: “General Electric owns NBC. General Electric is a bomb maker. NBC is not going to be against war.” This dynamic isn’t foreign to smaller local media outlets either, as demonstrated by the scrutiny applied to Anderson’s affiliations and those of his partners.

In the era of junk food news, as Project Censored: The Movie says, it’s vital for news consumers to truly understand the reason stories appear, and to constantly question what’s presented.

Jenna Loceff is a former reporter for the North Bay Business Journal, a speaker on ethics and business journalism for the Journalism Association of Community Colleges, and a new contributor to the Bohemian. She writes about media at bohemian.com.