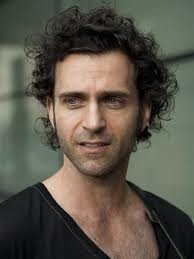 When I was in middle school, I was always on the honor roll. Bringing home good grades would make my parents proud, but it seems like ever since I was a kid, there isn’t much that I can do anymore to give both my parents that loving look in their eyes, filled with pride and approval. Dweezil Zappa, son of Frank Zappa, evidently took that same quest of parental approval to heart. Dweezil’s now out performing his father’s songs live, right along with videos of his father playing the same songs on a screen behind him. No, it’s not weird, it’s Zappa playing Zappa. Watch Dweezil and his intangible dad strum away together (sort of . . .) to the mind-bending songs of Zappa Sr. on Thursday, Feb. 16, at the Uptown Theatre. 1350 Third St., Napa. 8pm. $45—$55. 707.259.0333.