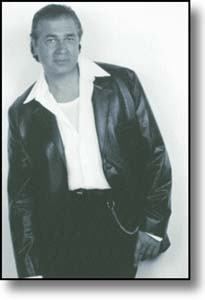 ONE OF THE GRANDEST moments I’ve ever experienced at a concert was watchingTony Bennett upstage the Lemonheads’ Evan Dando at a Live 105 Green Christmasconcert two years ago. Bennett’s jaunty set of jazz standards, played withimpeccable class and showmanship, stirred the crowd of alterna-teens into afrenzy. The meek poster boy Dando followed Bennett with 10 minutes of moperock and disappeared quietly behind the curtain.

Serves the punk right. During these turbulent times of “anti-rock star”posturing, folks are returning to the past to bask in a more civilized erawhen being a celebrity was a blessing, not a curse. A desire for somethingmore real and gratifying, a lot of this is media-fueled, but if and when thenovelty wears off, we’re left with some great albums filled with music thatwe can give to our parents.

Good, moral-thinking people should not feel threatened by the warm vibrato orthe thin mustache he sometimes sports. As cheesy as it sounds, Humperdinck’sre-entry into the consciousness of America’s youth is wholesome compared tothe current crop corrupting our children like Urkel or the cast of MelrosePlace. At least with Humperdinck, the kids will get a lesson in romanceand performance, etiquette and fashion (imagine youths tossing out thoseridiculously baggy pants for wide-lapeled suits).

Humperdinck’s enduring image as an MOR crooner and underwear outfielder washelped along by manager Gordon Mills, who did similar work with Tom Jones.Under Mills’ guidance, the early Arnold Dorsey switched his name to that ofthe frequently misspelled, yet infinitely hard-to-forget composer ofHansel and Gretel.

With the name and baubles in place, Humperdinck quickly got the juicesflowing. His big hit in the ’60s, “Release Me (and Let Me Love Again),” wasfollowed by an unsteady string of Top 40 hits in the ’70s: “There Goes MyEverything,” “The Last Waltz,” “Am I That Easy to Forget?,” and thecoffee-and-cigarettes classic “After the Lovin’.” Not one to rest on laurels,he recorded albums in Spanish, German, and Italian and as recently as 1992cut an album of hits with the Royal Philharmonic Orchestra. With 64 gold and23 platinum albums on his walls, this “king of romance” reigns over thelargest fan club in the world, boasting some 8 million members. He must bedoing something right.

A fragrance, named after the hit single “Release Me,” did bang-up business onthe Home Shopping Channel. But before Humperdinck could be sentenced to astint on the Psychic Friends Network, he refinanced his net cool bycollaborating with the most respected pair of tastemakers since Siskel andEbert: Beavis and Butt-head. The single “Fly Lesbian Seagull” can be heardover the closing credits of the hit movie Beavis and Butt-head DoAmerica and next to the Red Hot Chili Peppers on the accompanyingsoundtrack.

The velvet-throated singer obsessed with style and panache is finally gettinghis turn in the cheese-colored glow of ’90s nostalgia. Like the cake left outin the rain in “MacArthur Park”–it took so long to bake it, but baby, he canreally cook.