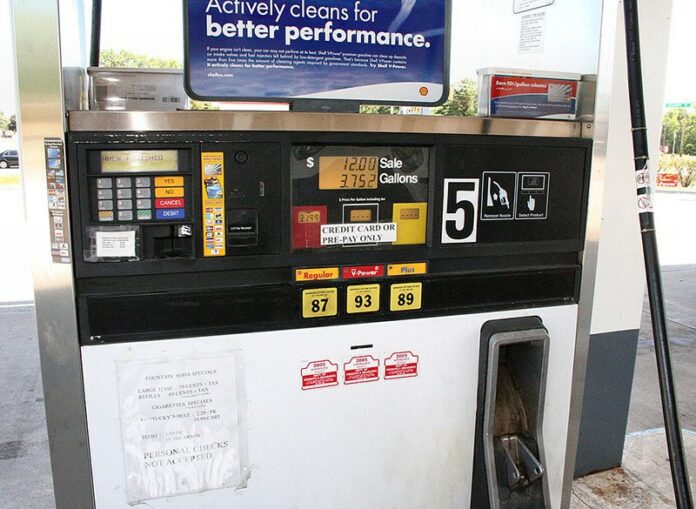 Seizing on his newfound power as freshly installed member of the U.S. House Committee on Transportation and Infrastructure, North Bay congressman Jared Huffman on Tuesday introduced the Gas Tax Replacement Act of 2015, an ambitious plan to reset the formula through which federal highway-infrastructure dollars are collected.

Huffman’s office reports that the linchpin of his bill would replace the two longstanding federal taxes now slapped on a gallon—18.4 cents for gasoline, 24.4 cents on diesel—with a “life-cycle assessment-based carbon tax.”

Huh? That’s a fancy way of saying that gas would now be taxed based on its aggregate carbon emissions as it went from being a lowly pool of oil stuck underground to a gallon of high-test at your nearest gas station.

Of that, Huffman’s office notes that almost $300 million a year goes to highway and transit projects in the Bay Area.

But that’s not enough, says Huffman. The Highway Trust Fund is “chronically underfunded” in an era of crumbling roads and aging public transportation networks. His bill, he says, would ensure that it’s sufficiently funded.

Huffman notes that “the federal gas tax hasn’t been updated in 20 years and has routinely faced insolvency. In 2014, the Highway Trust Fund nearly went insolvent, requiring Congress to pass a short-term fix stabilizing the fund.”

Generally speaking, Huffman’s plan would set the tax on gas and diesel based on where the fuel came from and how it was produced. Gasoline produced using “dirtier” drilling methods, such as shale extraction, would be met with a higher tax, for example. Gasoline with a biofuel component would be taxed at a lower rate.

The bill would leave it to the Environmental Protection Agency to develop these so-called life-cycle assessments for gas or diesel. His bill sets an initial tax of $50 per metric ton of carbon dioxide emissions tallied along the way to a righteous and welcome $2 gallon at the pump.

The underlying idea behind Huffman’s push is pretty clear: support long-overdue transportation-infrastructure upgrades while taking steps against the end of the word at the hands of climate change.

Huffman’s bill comes as it’s ever more clear that he’s seen as a rising star in the Democratic Party. He was named to the aforementioned transportation committee and the House Democrat leadership also brought him into the fold as an assistant whip to Minority Leader Steny Hoyer.

A report on Monday in the Marin I-J featured beaucoup quotage from a Knowledgeable Professor that Huffman’s clearly on the rise in the House of Representatives. His ascendancy comes at an interesting time, since just last week Sen. Barbara Boxer, the longstanding senator from the North Bay, said she wouldn’t be seeking a fifth senate term in 2016.

Huffman was quick out of the box with a tweet that said he would not run for Boxer’s seat.