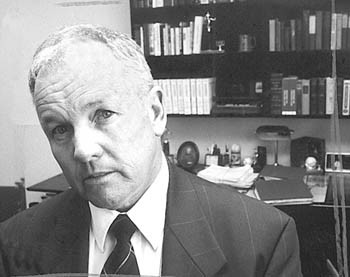 Mullins out, school spending in

Sonoma County voters braved the rain on Tuesday to deliver an entertaining end to a lackluster primary election. Turnout was low, but the drama was high.

The contentious campaign, which set a new spending record for a district attorney’s race in Sonoma County, saw the candidates trading accusations of incompetence. Mullins called Passalacqua too inexperienced and uncommitted to his work. But voters seemed far more interested in the incumbent’s own recent missteps, including the two-term district attorney’s botched handling of the Louis Pelfini murder case. Final vote tallies: 57.1 percent to Passalacqua and 42.7 to Mullins.

In another high-profile but much more predictable race, Congresswoman Lynn Woolsey blew her Democratic challenger out of the water. The incumbent congresswoman scored more than 77 percent of the vote against Santa Rosa mayor Mike Martini, who had criticized Woolsey for not bringing enough federal money back to the district and for voting against the USA Patriot Act.

No new faces will appear on the Sonoma County Board of Supervisors. Both incumbents pulled off big victories against their challengers. In the second district, Mike Kerns scored 61 percent of the vote against progressive Ray Peterson, who had criticized the board’s decision to allow gravel mining in the Russian River. In the fourth district, Paul Kelley scored 58.4 percent of the vote, easily beating back what had initially seemed to be a strong challenge from Fred Euphrat, who supports urban growth boundaries and more concentrated use of open-space money.

The financially troubled Sonoma Valley Hospital will stay open–at least for the time being. Voters gave resounding approval to Measure D, the Sonoma Valley Health Care District Tax, which will raise $2 million in parcel taxes a year to keep the only hospital in Sonoma afloat.

In a town with more than its share of cranks, longtime Petaluma men’s rights activist Joe Manthey has once again pulled ahead of the pack. After years of hounding the Sonoma County Board of Supervisors for the county’s support of “Take Our Daughters to Work Day,” Manthey has now resorted to legal action. Contending that the event unlawfully discriminates against boys, Manthey and his attorney, Chris Ferry of Pleasant Hill, have filed suit in the San Francisco U.S. District Court. Bemused county officials note that they also hold a similar day that invites boys into the workplace, as well as a third event called “Take Your Children to Work Day.”