Next court date set for Nov. 1, despite judge's previous warning 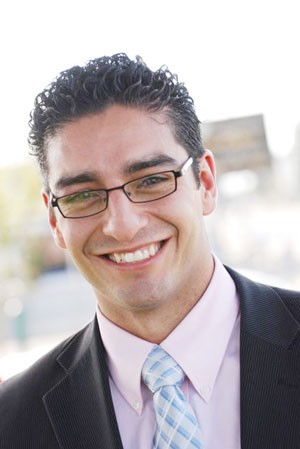 Charges for Efren Carrillo were delayed for a third time this morning, with the Sonoma County supervisor’s next court date set for Nov. 1. The postponement was requested by prosecutor Cody Hunt, the lawyer with the Napa Valley District Attorney’s office assigned to the case, for more time to review unnamed documents that he said were recently received. Judge Gary Medvigy agreed to the postponement.

The attorney for the woman involved complained about the delays, suggesting the motivation might be political. Hunt denied the allegations. Carrillo’s attorney, Chris Andrian, denied political motivation and said that he’s “taking [prosecutors] at face value.”

This morning’s postponement marks the third time charges have been delayed for the supervisor. Medvigy originally heard the case on July 18, and agreed to an initial postponement to Aug. 30. On Aug. 30, Judge Julie Conger allowed a postponement to today’s date, Oct. 11, stating clearly, “I’m expecting a complaint to be filed at that time. No further delays, please.”

Carrillo was arrested on July 13 when a woman called 911 twice to report someone outside her home at 3:40am in Santa Rosa. Someone had tried to break into her bedroom window, and Carrillo was arrested in his underwear and socks on suspicion of burglary and prowling. Police at the time said they suspected Carrillo of attempted sexual assault. After posting bail, he reportedly checked himself into an alcohol treatment facility. Carrillo returned to the Board of Supervisors on Aug. 20 to harsh criticism from his fellow board members and the public.

Next ArticleComfort Slacks’ New Video Makes Me Want To Get Baked… Goods.