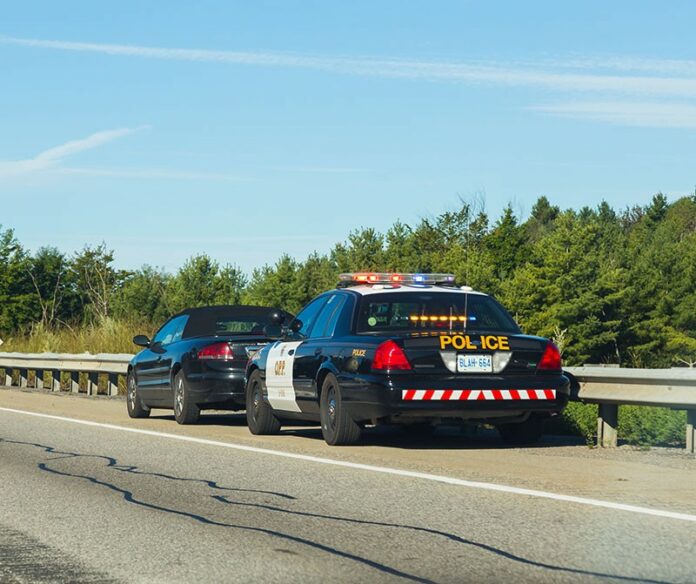 In states where marijuana has been legalized, traffic stops resulting in searches by state police are down dramatically, according to a new analysis from the Marshall Project and the Center for Investigative Reporting.

In states where possession of marijuana is legal, police can no longer assume criminal activity simply because pot is present, which would have given them probable cause to conduct a search. And that means fewer interactions between drivers and police, reducing the prospect of dangerous—or even deadly—clashes.

But even though the number of searches dropped for all racial groups, black and brown drivers are still being subjected to searches at a higher rate than whites, the study found. And because the report only studied state police stops, not stops by local law enforcement, which patrol urban areas with higher minority population concentrations, the report may understate the racial disparity in traffic stop searches.

The report is based on an analysis of data from researchers at Stanford University, who also released a report this week studying some 60 million state patrol stops in 31 states between 2011 and 2015, the most thorough look yet at national traffic stop data. The results from the legal pot states of Colorado and Washington are striking.

In Colorado, the number of traffic stop searches dropped by nearly two-thirds for whites, 58 percent for Hispanics and nearly half for blacks. In Washington, the search rate dropped by about 25 percent for whites and Hispanics, and
34 percent for African Americans.

The data corresponds to marijuana arrests in legal states. In Colorado, for instance, a 2016 Department of Public Safety report found that while the number of pot arrests dropped by nearly half after legalization, the arrest rate for blacks was still nearly three times that of whites.

“Legalizing marijuana is not going to solve racial disparities,” says Mark Silverstein, legal director of the American Civil Liberties Union of Colorado. “We need to do a lot more before we get at that.”

But legalizing marijuana does reduce the number of traffic stop searches, and given the fraught relationship between police and the citizenry, especially communities of color, that is a good thing in itself.