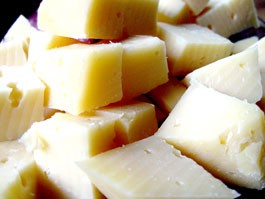 I wholly endorse eating and drinking locally, yet the idea of pairing beer with cheese—at least artisan cheese—seems a bit off-putting. Gorgonzola and a brewski? I just lost my appetite. But I mention the pairing to the first beer lover I can find, and his whole face lights up. “Wow,” he says, “sounds great!”

Hardcore beer fans and cheese lovers know something I don’t. According to Lisa Bell, organizer of the North Bay’s first Cheese Loves Beer event on Oct. 29, “It depends on the brew.”

Selection won’t be a problem. In fact, with over a dozen microbreweries from Sonoma and Marin providing beers and fine cheese products from both counties, it could take all day for someone like me to figure out a pairing that works. Bell assures me that folks will be guided, educated and entertained by two rather comic experts in their respective fields—beer guru Charlie Bamforth (great British accent) and cheese man Moshe Rosenberg, both faculty in the Food Science and Technology program at UC Davis, where the beer-cheese connection has been celebrated for the past three years.