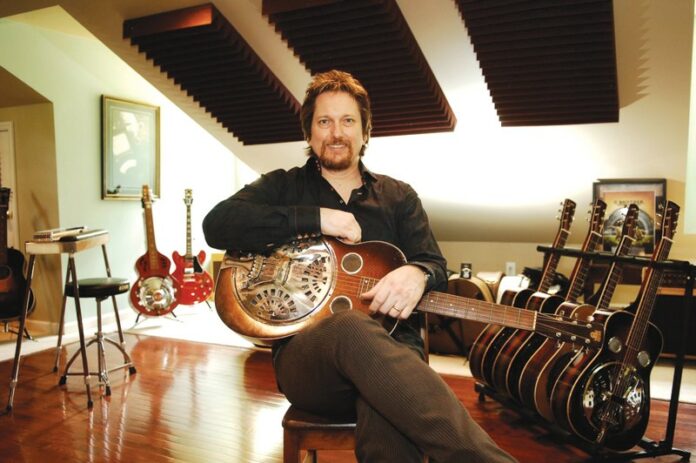 Wanna make it big in the music biz? Get a vest, some wool pants, old shoes and some kind of stringed instrument, sing about something nostalgic, and—boom! Get ready for a television appearance on a late-night talk show!

All jest aside, for all the success the Americana genre has garnered recently, Jerry Douglas should be honored with a statue outside every general store in every small town in America. Douglas has been playing his dobro guitar on solo albums since 1979, and has 13 Grammy awards to his credit, including Album of the Year for 2001’s O Brother, Where Art Thou? soundtrack. He’s written songs for Mumford and Sons, and is an amazing producer and musician whose songs go deeper than most of those currently filling hipster iPod playlists.

Douglas has played with Alison Kraus and Union Station since 1999, visiting Sonoma County with the group last year at the inaugural opening weekend of the Green Music Center at Sonoma State University. It was one of the most enchanting performances I’ve ever witnessed, and Douglas’ solo songs were a highlight of the evening. He held the audience and the rest of the world in the palm of his hand without having to say a word.