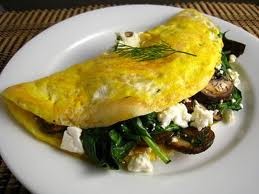 They’ve been open a week so far, and the buzz hasn’t caught on yet. Dierk’s Parkside is one of the most consistently

It’s a good time to get Dierk’s thick bacon, poached eggs or goat cheese in any of the breakfast dishes without having to elbow for position in line. Plus, the jam they put out on each table is as good as ever, and there can neer be too much on a slab of toast. Think of the Mad Hatter in Alice in Wonderland, swishing around his knife on the White Rabbit’s pocket watch, getting jam everywhere. Now imagine that watch as a piece of toast about to enter your mouth. That’s my kind of toast.

Dierk’s expansion has been planned for a few months now. It’s taking over the former Midtown Café, a well-intentioned dining spot that just didn’t catch on. The small space is full of light, making a great atmosphere for reading a newspaper like the Bohemian during breakfast. In case it isn’t obvious, I might still be on a bacon high from this morning’s breakfast. Does that count as “Gonzo” journalism?