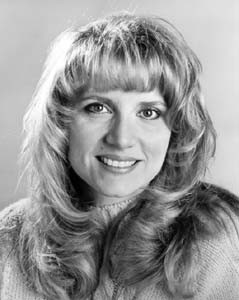 GIVE ME TWO seconds here to put my daughter down for a nappy,” requests Delilah upon answering the phone in her Seattle home, adding, “Lie down now, honey. Take your shoes off,” presumably not to me. “Which doll do you want?” she asks. “The brown one? The braidy-haired one? Do you want your socks on or off? Off? OK. Goodnight, sweetie. I love you.

“OK,” she announces at last, as a door swings gently shut with a click. “I can talk now.”

The voice on the line, though instantly recognizable as that of FM-radio’s popular, reigning night-time romance queen–she is heard locally on weeknights from 7 p.m. to midnight on KZST 101.1FM— is surprisingly absent of the patented Delilah breathiness and the thick-as-butter sentimentality for which she is known and loved–or hated, depending on which side of the late-night radio fence you happen to stand on.

On the other hand, one could sense a certain amount of “mommy” exhibitionism–such as when she plays recordings on the air of her “How-was-your-day- did-you-do-your-homework?” chitchats with her two kids every night–on display during the whole tucking-in ceremony I’ve just been privy to.

Other people might have, you know, set down the phone.

Not Delilah (she never discloses her last name), who knows that such intimate windows into her life make for a warm fuzzy glow that tempts millions to tune in to “Delilah After Dark.”

The nationally syndicated show is broadcast from Seattle, though certain pains are made to allow listeners to believe that Delilah is right in their own backyard in all 130 markets in which the show airs. The undeniably popular show is a hybrid of a live-request music program–love songs only, mostly easy listening–and a boldly touchy-feely encounter session. Ever wonder who was responsible for the success of Bob Carlisle’s gooey 1996 father-daughter ballad Butterfly Kisses? It was Delilah, who first began playing the otherwise unknown song shortly after her show went national.

Remember the all-important talk show featured in the film Sleepless in Seattle? That was based on Delilah’s long-running program, only now reaching national listeners–syndication began just under two years ago–after the format had been tinkered with for over 13 years.

“Ha! Which one of the 11 times I’ve been fired would you like to talk about?” she laughs. “I knew I had a format that would touch people. I knew this could work.”

The Delilah format, for the uninitiated, is to play calls from listeners who need to talk. She offers a shoulder to cry on, extends a few words of hope–even promises to pray for them sometimes, to the chagrin of certain accidental listeners and numerous station managers–and then chooses a song to play as a kind of musical illustration or expansion of the caller’s tale.

This, more than anything else, is the element of Delilah’s show that is closest to pure magic, turning the normally passive act of listening to the radio into a peculiarly interactive–and most intimate–event. Her song choices, which often stretch the original meaning of the lyrics to adapt to the call at hand, are almost always dead-on perfect. When a caller phoned in to vent steam after narrowly escaping a house full of smoke and fire, Delilah played Toni Braxton’s “Breathe Again”. A woman called to say that her best friend’s “soul mate” had just suffered a heart attack and was at that moment lying in a coma; Delilah played Wet Wet Wet’s “Love Is All Around,” which begins with the words, “I feel it in my fingers, I feel it in my toes./ Love is all around me, and so the feeling goes.” And Whitney Houston’s “I Will Always Love You” certainly takes on a new meaning when it follows someone describing the funeral that day of their 10-year-old daughter.

It must take an encylopedic knowledge of song lyrics to pull it all off. “It does,” she half giggles, as the sound of water running and pots and pans clanking drifts in over the phone. “I probably know the lyrics to nearly every sappy love song that’s ever been written or recorded.”

Though glad to have made it to the status of ratings giant, Delilah is quick to deny that she’s in danger of getting a swelled head or inflated ego. “The truth is, I’m not the one who gave me my voice … God is,” she says. “I’m not the one who opened these doors. God is. And I’m not the one who’s putting me through the experiences that I’ve been through that allow me to relate to so many different people. So taking the credit would be kind of foolish–know what I mean?”

But doesn’t it take a certain amount of smarts to recognize when a door is being opened to you?

“Ha. I didn’t just walk through those doors,” she laughs. “I spent years trying to kick them down: ‘Let me do this! Please.’ But when it was time, it just all fell into place in such a miraculous way it isn’t even funny.”

The logistics of success are tricky for her as well. It is a show based on the notion that everyone has a story or feelings that are important, that deserve attention. Yet only a handful of callers reach Delilah; her phones begin ringing hours before the show goes on the air. “The reality is only five or six calls get aired an hour,” she admits with a sigh. “Anything more and it would be a talk show, and we’d be booted off the music stations. It’s tough! I end up with a load of mom guilt every night. I feel guilty because I get so many beautiful letters that I don’t have a chance to use on the show, and I feel guilty ’cause I get so many phone calls I don’t get to use.

“We could go 24 hours a day, seven days a week, and still not get to use everybody.”

Lest anyone think that the show is all problems and tragedy set to a pleasant tune, Delilah insists that she works hard to maintain a happy balance. “We actually only play one sad call an hour,” she says. “We only play one call an hour from or about a child. It’s really mostly dedications to people who are loved. I really do believe that music is the language of angels,” she concludes, turning off the faucet for the dishwater. “Music transcends words. It’s poetry set in motion. Songs have a way of saying for us those deep, deep feelings that we can’t even articulate. So when you play those songs together with the stories of our life, it’s nothing short of profound.”