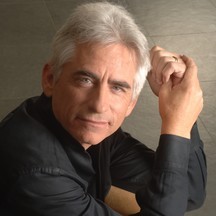 Few holiday standbys are as enduring as A Charlie Brown Christmas, and though the television special’s simple animation is decidedly of 1965 vintage, the music composed and originally performed by Vince Guaraldi has proven itself to be timeless. The syncopated theme “Linus and Lucy” has been covered by everyone from George Winston to Built to Spill, but it’s the gliding melody of “Christmastime Is Here” that most evokes cold nights, ice-skating rinks, spiced cider and light snow year after year. Ten years ago, David Benoit joined the ranks of pianists paying tribute to Guaraldi’s score with his album Here’s to You, Charlie Brown. Joined by the Napa Valley Children’s Chorus in the role of the “Peanuts” gang, Benoit brings his holiday show to town on Tuesday, Dec. 21, at the Napa Valley Opera House. 1030 Main St., Napa. 8pm. $30–$35. 707.226.7372.